By Sadiq Umar – The Peoples Democratic Party (PDP) on Monday assured its supporters across the nation of its resolve to allow free and fair contest for all persons aspiring to contest in the next election, even as it denied blocking former Vice President Atiku Abubakar.

The party said its national organ is forbidden from pitching tent with any particular aspirant, especially those contesting for the presidency.

Rising from its National Working Committee (NWC) today in Asaba, Delta State, the opposition PDP denied media reports that its leadership had connived with some governors on its platform to deny Atiku Abubakar a presidential ticket, saying it was not true. 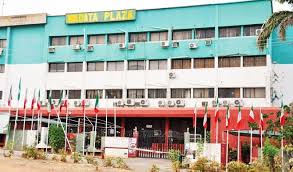 In a statement by its National Publicity Secretary, Kola Ologbondiyan, the party said it “is open to all Nigerians aspiring for various elective offices, including the presidency.

Mr. Abubakar, a former vice-president, who recently joined the PDP from the ruling All Progressives Congress, is considered a frontrunner for the party’s presidential ticket in 2019.

Mr. Ologbondiyan said the PDP NWC members, together with the governors, discussed issues of national importance and did not at any time consider taking any partisan position at the detriment of any of its members, contrary to some media reports.

Lere Olayinka, a spokesperson for Ayo Fayose, the governor of Ekiti State, who was reported as being amongst the PDP governors present at the meeting, said his principal did not at any time endorse anyone over Mr. Abubakar.

Some of the reports have said the PDP governors endorsed Sule Lamido, a former governor of Jigawa State, who is also making consultations for his 2019 run on the platform of the party.

Mr. Olayinka said the media should play down on its speculation for now, adding that there is still enough time before 2019 elections.