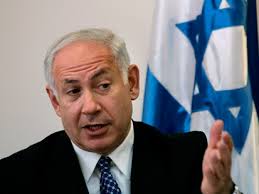 Israeli Prime Minister Benjamin Netanyahu on Sunday joined the rest of the world to offer assistance to Nigeria in search of the over 200 schoolgirls abducted by Boko Haram islamic insurgents.

Agency report said that Netanyahu made a telephone call to President Goodluck Jonathan today to assure of Israeli’s support and readiness to join in the search and rescue efforts.

Already, the United State, France, Britain and China have offered assistance culminating in the deployment of personnel and technical assistant to Nigeria over the weekend.

The team arrived at the weekend in Abuja and are working with security agencies in Nigeria on the rescue mission.

The agency report quoted Netanyahu as saying, “Israel expresses its deep shock at the crime against the girls.”

“We are prepared to help in locating the girls and to fight the cruel terror which has struck you.”