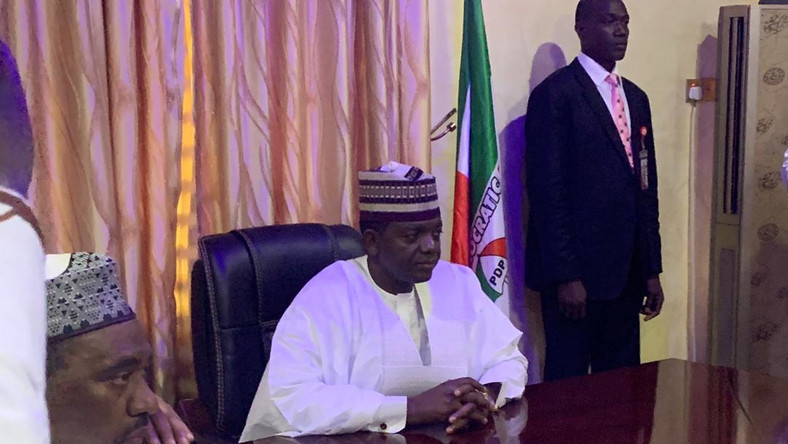 (NEWS INVESTIGATORS) Bello Matawalle of Zamfara says the state is now peaceful as the peace initiative of the state government with the efforts and cooperation of the Nigerian Army is yielding positive result.

Matawalle disclosed this when he received the Chief of Army Staff, Lt.-Gen. Tukur Buratai, in his office on Tuesday in Gusau.

He said that the state had not witnessed any form of kidnapping, bandit attack and other forms of insecurity in the last 59 days.

The governor said that the people of Zamfara were currently enjoying peace, adding that the citizens could now go about their normal businesses without fear of insecurity.

According to him, the bandits themselves are now helping the army and security agencies to end insecurity in the state.

“I want to appreciate the effort of the Nigerian army for the support to solve the issues of insecurity in Zamfara because without the support of the army we could not have reached where we are today.

“When I assumed duty as the executive Governor of this state, my first call was to consult the army commander to dialogue and sort out the strategy that we shall follow to tackle the issues.

“It was after all these consultations that we came out with the modalities of engaging these people in a heavy dialogue which we did.

“So, it is on the basis of that action that we have achieved the successes recorded as at today.

“For about 59 days, we have not recorded any issue of insecurity in this state,” he said.

Matawalle also disclosed that the bandits have been helping security agencies and the army to pursue the so-called bandits in the villages.

Earlier, the Chief of Army Staff, Buratai, assured the governor that the army would continue to support the government’s peace initiative towards addressing security issues in the state.

Buratai said: “In addressing every crisis situation, dialogue is the best way to start; force is the last resort after dialogue had failed.

He commended the governor for his leadership style in ensuring the restoration of peace in the state.

He said that the army was committed to ensuring that all forms of insecurity in the state and the country at large were addressed. (NAN)