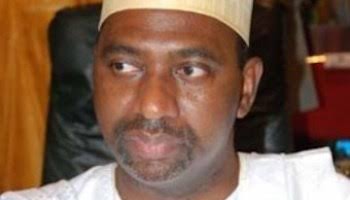 Bello, while receiving officials from the state’s Vehicle Investigation Office (VIO), who paid him a courtesy visit, urged the VIO to brace up for the huge role it would play in the efforts to improve the north-western state’s revenue base.

A statement by the Press Secretary to the SSG, Malam Idris Salisu, quoted Bello as saying that the measure became necessary because of the low revenue yields in previous years.

“The state collected only N25,000,000 as annual IGR in 2016. We find this too low and unacceptable and have adopted new strategies to improve the situation,” he said.

He assured the VIO of the state government’s readiness to improve its work to enable the outfit contribute more income to the state.

The statement quoted the state’s Chief VIO, Ibrahim Yusuf, as saying that the team was in the SSG office to congratulate him over his appointment and to draw his attention to various challenges confronting the unit.

Yusuf appealed to the state government to rehabilitate the VIO headquarters and equip it with modern facilities to ensure more efficiency.

He identified the challenges to include the lack of accommodation for staff, porous office complex that had made it difficult to detain vehicles within the premises, lack of patrol vehicles, among others.

The VIO chief also urged the state government to establish a Motor Vehicles Administration Agency as directed by the Federal Government, to ease its activities. (NAN)