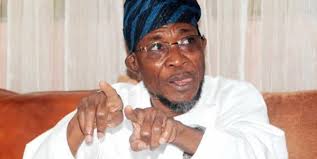 Former Deputy Governor and Gubernatorial Aspirant in Osun state, Senator Iyiola Omisore has faulted the creation of additional 27 Local Council and the introduction of Parliamentary system of government in Osun State by Governor Rauf Aregbesola, saying the governor lack original idea on how to move the state forward.

Omisore who spoke through his Director of Media and Strategy, Prince Diran Odeyemi accused Aregbesola of copying every idea and steps taken by the Lagos state Government without due consideration for the difference between the two states.

According to him: “In recent times, Osun state has been in the news for wrong reasons over unusual policies such as reclassification of schools which is still causing crisis, arbitrary taxes, unethical public holidays, unnecessary demolition of houses and business premises and recently the introduction of parliamentary system at local government in the state”

“Aregbesola bought helicopter with Osun scarce fund because Governor Fashola bought in Lagos and It is not a sheer coincidence that the proposed additional 27 Local Council when added to the 30 Local Government Councils already in Osun will make the exact 57 councils that they have in Lagos state and my question is, why is the creation of local councils more important than creating wealth for impoverished people of Osun state.”

“All these are evidences of lack of ideas, initiatives, wisdom and knowledge and I wonder why a governor will be replicating the exact model of Lagos state governance without considering the differences in the economy, finance, manpower, culture and landscape of the state, he said, calling on all well-meaning people of the state to rise and rescue the state from the All Progressive Party APC in the next election governorship slated for this year.

Omisore said Aregbesola’s policies and programmes are not tailored towards the welfare of the people of the state, all contracts and policies are for selfish personal gains.
While also querying the rationale behind the recent sale of hectares of Osun land to Lagos state government for farming, Senator Omisore argued that rather than sell the land, Osun government should have used it for a revolution in the Agricultural sector to boost the state economy and create more employment insisting that ” late Chief Obafemi Awolowo used proceeds from Agriculture to develop the Western Region”