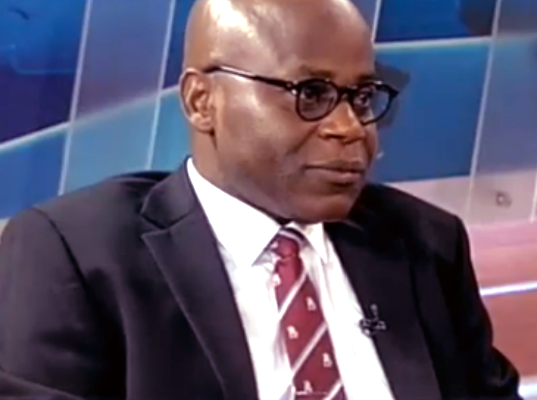 Wunmi Bewaji is a former minority leader of the House of Representatives, lawyer and activist. In this interview, he spoke on the Muhammad Buhari presidency, Nigeria’s federalism, agitation for restructuring. “Nigeria is a republic, may be Muhammadu Buhari has forgotten two things are outstanding in our name; the word federal and the word republic. The word federal means there are component units; they came together to form Nigeria in 1914,” he says.

Nigeria is 60 years old; what is your take on the current agitations for restructuring?

The agitations did not start now, but the government fuelled it by refusing to listen to the wishes of Nigerians. For me, 2023 would determine if everybody would be together or not. Even during the time of Awolowo and Azikiwe the federation has always existed based on interpersonal relationships between these leaders. But things have degenerated now; that you cannot count two or three people who are bosom friends between the North and South. Look at the APC, even Buhari and Tinubu, their relationship is neither here nor there, In the PDP, it is the same thing.

How did we get here?

Lack of trust; there is no trust and it is getting worse year after year, election after election. The people would say ok, this tribe and their people did not treat Awolowo well, they betrayed Zik, ok, Sardauna was killed by Igbo soldiers. So, the mistrust has been there and we then get to the point that present leaders that you can say believe in the Nigeria project are few. So, if anything goes wrong between Buhari and Tinubu, that is the end for APC.

But would Atiku say in 2023 that there is nobody in the South East that is good enough to be president? The region has always been loyal to the PDP at the end of the day you can’t just take the Southeast and treat them like a permanent wife; they just treat them the way they like. This is the same thing here, the Yoruba’s would not agree for the North and at the end of the day things can go either way in 2023 if not better managed.

It appears these obvious problems have been there and subsequent leaders have not taken steps to correct them?

Yes; back then we did not begin with restructuring; we started with true federalism. In 1998, the campaign that we did culminating in the election in 1998/1999, the first thing in my agenda was true federalism. Unfortunately, Obasanjo undermined and destroyed that opportunity for us to have that heart-to-heart talk. So, after those agitations we moved to fiscal federalism, because some people were asking what is true federalism? I was part of the debate.

In 2003, there was alliance talk, between AD and PDP. When Obasanjo was begging AD to support him for the presidential election and the committee was set up headed by Ayo Fasanmi; I was Fasanmi’s de-facto adviser; I was accompanying him to every meeting and I remember, I told him we can’t be going to these meetings without any position and we did an agreement which we presented as our position in the meeting, fiscal federalism was in that agreement. But Obasanjo went behind that committee to convince Abraham Adesanya, so that the committee’s report was never implemented, except some appointments here and there.

So, it is now clear that the amalgamation of 1914 was a huge mistake? There were two basic principles about the amalgamation; it was for administrative convenience for the North and South protectorates. You have a situation where the political system was different, you have the colony in Lagos and within the Southern system of government several of the units were different.

Secondly, it was for divide and rule, Nigeria is English speaking, bordered by French speaking countries, there is the way European carved out Africans that they sow seed of division. These people were military officers; so they understood the divide and rule style. If you create division and bring less people that understand the language together, the likelihood of mutiny would not be there.

You are not surprised with the current agitations?

Even at the time of independence the different ethnic groups were not at par in terms of development. The things that separated and divided us were many. And when you look at the constitutional conference in London in 1953 and 1957 these were things that were discussed. The agitations now are not new; the British like to be seen managing the conflict that was deliberately created in the name of a federation. But it was our diversity that made them adopt the federal constitution; it was not in 1960 that it was done, it was done before independence. This division has been there, we have been grappling with it, and the recommendation of the 1953 constitution suggested that.

The reason we jettisoned the parliament system was because the Constituent Assembly discussed and felt the parliamentary system was alien to African culture. That here you have a king and you don’t have division of executive powers and it was agreed we needed an executive president who holds all the power. Some of the events in the First Republic like the conflict that existed between Zik and Tafawa Balewa also fuelled it.

The presidential system only ensures the emergence of a strong president and governor. The name of Nigeria is federal republic; people forget the meaning of Nigeria. So, when the decree was promulgated by Aguiyi Ironsi; that was the beginning of the problem, the unification decree of 1957 destroyed the country and Nigeria would never be the same again. Even with the crisis we had in 1966, nobody touched the federal structure of Nigeria.

Back then, we had 12 elected members in the regional House of Assembly who forwarded their representative to the centre. When we destroyed that federal structure when Gowon came and divided the country to 12 states he was meant to consolidate on his own powers and ensure that the region became weaker, and destroying the regions was mainly targeted at the Eastern region.

We have had long years of military constitution, but as it occurs to you when we have provision in the constitution on how to divide a state but no provision on how to unite a state. It pitted one tribe against another; that shows you that it is a constitution that was met to cement division among our people.

Most of the military rulers have always come from the North and at the end of the day they have benefited most from the number of states and local government areas created. So, that is why we are at a point where the majority of the National Assembly members are from the North and if they disagree on any issue it would not stand. Even in the South some time, when they go with them they are often irrelevant.

What is happening now is power drunk leaders in power; there is that sense of despondency; people are starting to think they don’t have a stake anymore in the country. We now have a situation where Buhari is appointing people; they all come from the North, not just north, even Katsina State. The rest of the North has been marginalised in Buhari’s government in favour of Katsina; in favour of his household. There has never been in the history of the country where you have a government that is shallow-minded, so bigoted. He is unbelievable, because as a military officer he had gone round the country; a lot of military officers are detribalised. Even Babangida as evil as he was is not an ethnic bigot. He has driven the country to a point where people have lost faith, what we now have is a republic. A federal state is a state like Germany, United States and the rest. Political leaders shying away from calls for restructuring; there are consequences if you don’t solve their agitations.

When you talk about leaders, what political leaders are remaining now?

Presidential historians would have a lot of work to do to understand the Presidency of Buhari. Because, we have problems understanding how one person is governing the country without consultations, even among his party there is no evidence of Buhari trying to run an inclusive government. This is a civilian dictatorship not democracy. Democracy is about consensus; negotiation is not about one person wielding power.

What is the way forward?

You cannot rule the people like a conquered territory. Nigeria is a republic, may be Muhammadu Buhari has forgotten two things are outstanding in our name; the word federal and the word republic. The word federal means there are component units; they came together to form Nigeria in 1914. Of course, we know, for example; we have Yoruba and Igbo land and they have their territories. Anybody can settle down in Lagos, that does not mean Yoruba land is not Yoruba land, or Igbo land is not there, if you can and settle there.

We need to come back to the table, if the British can bring us to the table to talk how much more we ourselves? It appears we can’t do that, or maybe we are afraid.

And some people would say because they are at an advantage so at the moment they are not interested in talking. You can see that the country gradually is disintegrating under their nose. Can you imagine a country bombing its own territory? There is a United Nation treaty on warfare against collective punishment; so, don’t be happy when you hear Nigerian Air force has bombed another location.

Are you saying in that village all the people there are Boko Haram? Are we not saying there are innocent people living in those communities? That the Buhari government is bombing its own territory, I think it has failed. So, the signs are there. When you look at the union, you cannot legislate unity but can only preach it. Unity can come through mutual respect.