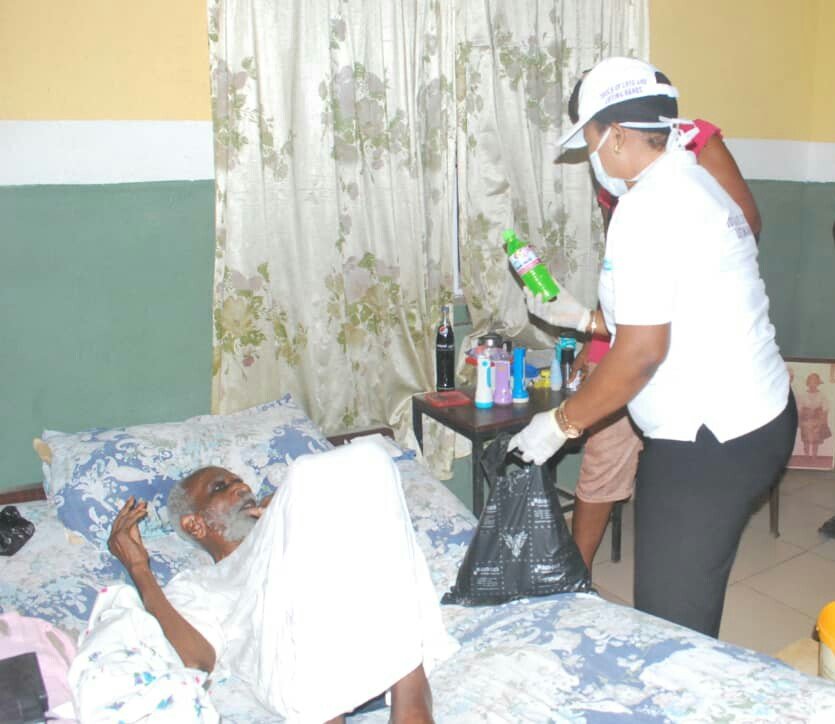 News Investigators/ To cushion the hardship from COVID-19 lockdown in Lagos State, the “Touch of Love and Lifting Hands Foundation”, an NGO, on Wednesday concluded its two-day door-to-door relief items delivery to vulnerable groups in some communities.

The News Agency of Nigeria (NAN) reports that the foundation began the distribution from Ifako-Ijaiye Local Government Area, host community of its secretariat on Popoola Street in Iju-Ishaga on Tuesday afternoon.

Owolabi appealed to the Lagos State Government to partner NGOs that have been involved in welfare issues in the past to ensure its relief items got to the right beneficiaries in the state.

She lamented that old people in Ifako-Ijaye and its environs were neglected in the ongoing distribution of relief items, hence, the foundation’s giant stride to bridge the gap.

“This foundation has been taking care of the health and welfare of widows, widowers, elderly citizens and the vulnerable since inception.

“Several old people besieged this place (foundation’s secretariat) on Saturday after the lockdown because they were hungry. We had to carry out emergency food distribution before this programme.

“A lot of widows rushed down here yesterday when they heard we began the house to house distribution but we dispersed them because of the social distancing rule and told them to wait for us in their homes.

“This morning we have finished the distribution to 500 households both within and outside Ifako Ijaye,’’ she told NAN.

“The government should partner with NGOs to identify the real people in need.

“We already have their database before the COVID-19 and they believe in us because we have been relating with them, feeding and caring for their health.

“ We have their records, house addresses, passport photographs, phone numbers and other details which we can volunteer.

“Some of these old people are lonely and poor, some of them are abandoned because they have lost their spouses and their children live far away,’’ she said.

Owolabi appealed to wealthy Nigerians and corporate organisations to support the effort of the state government to reduce hunger during the lockdown.

Some of the old people and other benefitiaries prayed for the foundation and its staff.