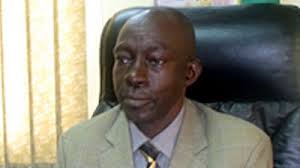 By Nuel Suji – The Senate Thursday expressed dissatisfaction on the performance of the Auditor General of the Federation, Samuel Ukura, wondering why he failed to raise alarm in the face of corruptions in public accounts.

The senate queried why Mr. Ukura has not investigated the N32billion budgeted as recurrent expenditure for the Department of Petroleum Resources (DPR), wondering why the AG Office with the same staff strength of 1400 is having a budget of N1.8billion.

The Senate at the budget defence session of Committee on Public Account, asked why the AGF has not deemed it fit to audit DPR’s account to find out the seeming discrepancy.

The committee members while expressing dissatisfaction on the presentation and performance of the Auditor General of the Federation, said not a single alarm was raised by the AGF office in the face of graft that has bedevilled public account system.

Committee members said it was unacceptable that not a single audit alarm was raised from his office in the face of series of grafts being carried out in various government offices through budget ‘padding’ under recurrent and overhead votes, to outright stealing.

However, Uba, it is unacceptable for a very important audit office of the Federation to be allocated paltry sum of N654million for auditing of N6.08trillion budget profile, vowing to work towards increasing the office votes in the budget on operational template.

“If you are not adequately funded, you are exposed to corruption and this committee will not allow that to happen”, he said.
The Auditor- General while responding to questions said contradicted President Muhammadu Buhari on template used for details of the N6.08trillion 2016 budget estimates, saying it was an “enveloped based budgeting and not zero based” as earlier declared by the President.

Ukura, said though the earlier intention by the present government was to adopt zero based budgeting as a template, but realities on ground, later forced it to adopt the usual enveloped based budgeting.

According to him, even the N2.9billion budget estimates of his office for this year, was not arrived at by them through zero budgeting but handed over to them as an envelope by the Ministry of Finance.

“Budgets of all Ministries, Departments and Agencies of Government this year are all enveloped based and not zero based as it has been the case over the years, including that of my Office, which is even largely done for us by the supervising ministry”, he said.

Even when reminded by Senators Akpan Bassey (PDP Akwa Ibom North East) and Foster Ogola (PDP Bayelsa West), that his submission on the 2016 budget template ran contrary to the earlier one made before the joint session of the National Assembly by President Muhammadu Buhari in December last year when he presented the budget, he said: ” This year’s budget is enveloped and not zero based in anyway”.

His words: “It is envelope. The zero-based budgeting, they wanted to introduce was not adhered to, at the end of the day.

In zero-based budgeting, it is assumed that such expenditure does not exist, you start from zero and justify why that expenditure must be used. And at the end of it, the result you are going to get out of it. So, it is a system which is good and which would have also helped to set targets, but that wasn’t applied at the end of the day, perhaps, because it was hurriedly being introduced”

He also remarked that ” Budget proposal and by extension, Defence, is not about fighting but discussing on what is made available for one to work with , because what they want , they give”.