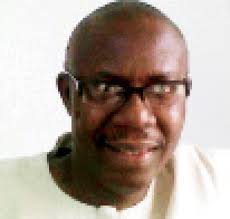 The elections are over, the battles have been fought fiercely, lost and won. Ultimately, Nigerians and Nigeria are the real winners. Yes, they are the real winners because the cynics and the modern day prophets of doom have been put to shame. Nigeria has remained Nigeria, one indivisible entity. Despite the disagreements and pockets of clashes on account of the elections, peace prevailed at the end of the day. For about the first time, we have been able to prove to the world that we are capable of organising a free, fair and credible election. The icy on the cake was the early congratulatory telephone call President Goodluck Jonathan put to the winner of the presidential poll, the people’s general, Mohammadu Buhari. In all these, I must say that our collective prayers did it and the glory must go to God Almighty. So, who says He does not hear prayers?

Now that the hunters are back, triumphant from the hunting expedition, they are set to share the booty. I must warn that the principle of fairness, justice and equity must guide and guard the principal actors in the sharing so as not to leave any zone or section of the country injured and aggrieved because more elections are coming, four years is just by the corner. The four main powerful positions/offices in the country as it stands today are those of the President, Vice President, Senate Presdent and House Speaker. These positions are expected to be shared between the North and the South, two apice. Unfortunately, of the six geo-political zones in the country, South East Zone has zoned itself out of contention for any of these powerful offices going by the outcome of the just concluded elections. The presidency has already been decided by Nigerians with their PVC between Mohammadu Buhari and Yemi Osibajo, North and South respectively. The Senate president, the number three man is as good as haven been settled. Most Nigetians and the party power brokers seem to have agreed that it continues to rest with the North Central. This is a zone that gave its all to the sweeping and rampaging All Progressive Congress, APC in the general elections. So, it eminently deserves to produce the Senate President. No senator, no rep member emerged fron the South East zone on the platform of the APC. This is why nobody can aspire to any of these four offices from the zone, as the lawyers would say, you cannot put something on nothing. They have shot themselves in the foot because with the way they cast their votes in the election, they naturally zoned themselves out. So, with the presidency and senate presidency residing in the North, it is fair enough that the House Speaker and the vice presidency be in the South.

Out of the three zones in the South, only the South South and the South West can legitimately contest the office of House Speaker. But the later is already holding on to the vice presidency. It therefore amounts to sheer greed for anybody from that zone to aspire for the office of Speaker. Some persons may be quick to point to the fact that the party chairman is from the South South. Yes, he is the chairman of the APC, definitely not representing the entire people of the country. But the House Speaker is a representative of the country, voted for by Nigerians, party affiliation notwithstanding. He therefore so represents the intrests of the entire Nigerians, cutting across party lines. He is number four person in the country while the party chairman has no place in the line of protocol in Nigeria, except in the gathering of the APC.

The South South is part of the southern part of the entity called Nigeria and it deserves a good share of the balance. More so, the out-going president is from the zone. This is why the zone cannot be left bare without being considered for one of the big FOUR, with the South East out of the equation. The presdency is expected to leave the South South effective from May 29, it is therefore fitting and fair enough that the number four position comes to the zone. Coming to the zone, the only state which, against all odds, voted out it’s own son and aligned with the progressive forces of change is Edo with 41.66 per cent to the president elect. The one next to this feat in the entire South East and South South zones is Imo with a paltry 16.62 per cent! Yet, it is an APC state.

Out of the nine Reps members going to the House from Edo, APC delivered four while PDP clinched five. All the PDP five are freshers to the hallowed chambers while three of the APC’s can be regarded as ranking members. The three are Hons Pally Iriase, Peter Akpatason and Phillip Shaibu. The first two are returnees to the House while Shaibu is the outgoing Majority Leader of the Edo State House of Assembly, the longest serving member in that office. Out of the three, Parry Iriase is the most qualified administratively and legislatively for that office haven been a local government chairman (Owan East), Deputy Speaker of the Edo State House of Assembly and Secretary to Edo State Government. Akpatason has been a trade union activist all his life and climaxed his glorious union career as the president of PENGASON before his people of Akoko -Edo beckoned on him in year 2011 to go and represent their interest at Green Chamber in Abuja.

On his part, Shaibu graduated from student unionism to human rights activism before becoming a lawmaker in his state house of assembly. A former NANS president, Shaibu has been in the Edo State House of Assembly since 2007 . As a first timer he was elected the minority leader of the then Action Congress of Nigeria, ACN from where he joined his colleagues to fight relentless battles that saw the ACN, now APC turning the table against the PDP, taking over the majority seats in the House. For the Yeoman’s role he played during the struggle, his colleagues elevated him to the position of Majority Leader of the House. One of the strategic key players in Edo state, the youthful Shaibu has put his life on the line to protect the interest of the Edo people and the government of the day ever since his election in 2007. For this and the selfless services rendered to his people of Uzairue, Etsako West, he garnered massive votes to represent their interest in the House of Representatives. He had one of the most colourful and best organised campaign teams in the just concluded elections in the state.

As it stands today, five honourable members have so far indicated interest to succeed the out going speaker, Rt Hon Amino Tambuwal, the governor elect of Sokoto State, three from the North and two from the South. These are, Abdulmumuni Jubril (Kano), from the same North West zone with the president elect, Yakubu Dogara ( Bauchi),  North East zone, Mohammed Mongunu (Bornu), North East zone, Femi Gbajabiamila( Lagos), South West Zone and of course, Parry Iriase (Edo), South South Zone. It must be noted here that they are all ranking members of the House, therefore qualified to aspire to the highest office in the Green Chamber. If any of them eventually emerges, the person has all it takes in terms of legislative and administrative experience to steer the ship of the House. However, for the sake of fairness, equity and justice, I believe the South South should be considered for the position.

Some persons may want to argue that in the current dispensation of the PDP, the President, is the only one residing in the south while the other three are in the North. I must say here that it was not meant to be so but for the party indiscipline which has been the bane of the PDP that eventually led to its implosion and abysmal performance in the just concluded general elections. I believe the APC will not want to fall into the same pit. It must get it right from the onset by inculcating the culture of discipline in a’ll party members from the top to the bottom. The Speaker of the House then was meant for the South West and zeroed down to Oyo State because it was only Oyo state that produced ranking rep members in the zone during the 2011 general elections. This is similar to what has played out in the South South zone after the just concluded elections. Former President Olusegun Obasanjo backed Hon Funsho Muriano from Ibadan while the PDP as a party threw its weight behind Hon Mulikat Adeola from Ogbomisho, both from the same state. That divided the party along the line of godfathers.Hon Tambuwal and his friend Emeka Ihedioha had their own secret agenda sharply different from that of the party. The duo had members, especially from the opposition parties solidly behind them. At the end of the day, they emerged to the embarrassment of the party leadership. That set the tone for the crises that eventually consumed the PDP. I pray that God will guide and guard the APC leadership to doing the right thing and it’s members to have the fear of God and listen to their leaderss on this matter.