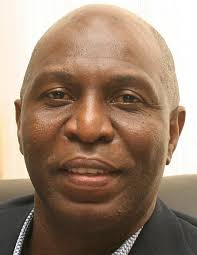 Not many thought the first year of Muhammadu Buhari would look like this. The price of pump price at 145, the naira at 350 to a dollar, not a single road tarred, the 2016 Budget in baby steps, no minister has received a tranche for work, salary backlogs now a routine, herdsmen as killer squads, Biafra on the rampage, Niger Delta brigands reborn,  a labour strike, the President has only visited one state on official trip, his plane has landed on four continents, the change mantra muted.

Yet, if you go to the streets, there is no rage or less rage or impotent rage, but a sense of paralysis. The average Nigerian, including those who did not vote for Buhari, are not willing to pelt indignation. They feel poor, even poorer. Power that spewed out radiance in the first few months of his administration has returned to its habitual epilepsy. Jobs? Where are they? The welfare scheme and food for students? Not on the cards today. Many cannot pay rents, many squeeze out meals, wards cannot face their principals for lack of fees.

Patience is tested everywhere. Those who are asking for it are also being asked for it. Yet, Buhari is Teflon, rising somewhat above popular anger.
Much of it, ironically, can be attributed to Buhari himself. The people at the hem are not yet angry with the man at the helm. For two reasons, mainly. One, his biography has proved compelling, even in office. No one thinks him a thief. No one thinks him contemplating thieving.

Added to that, he turned the EFCC into a vault of revelations. This man stole that, that smaller man stole that bigger sum. The newspapers became headlines of statistical horror of billions of naira and dollar. All the peacock men in the Jonathan era, who suffused us with righteous rhetoric, of brokered ethnicity and marketed shoelessness, have become the fingers of impunity or retreated into priestly or pastoral silences.

Perhaps for the first time since independence, we have an elected president whose finger is not suspected of pecuniary mischief. He might have flown to Asia, Europe and the United States, and slept in the luxury of jet and high-flown hotels. He is not in any suggestion of a narrative of stealing.
We also know that integrity is good, but no matter how good, it will not put food on the table.

There lies the moral dilemma of the Buhari era so far. We pine for holiness; we want the sort of character that John Milton painted of the Christ in Paradise Lost. But Christ can be boring if he does not change water to wine or give us fishes that defeat the appetite. The alternative is to call for Satan, and the sins multiply. Hence, Satan was a more colorful and majestic character in Milton’s epic than the beautiful blandness of his Christ. We had a lot of Satan of greed in the last dispensation. That accounts for the Buhari appeal.

This is perhaps the first time that the war on corruption is fought with palpable sincerity. Paradoxically, it is also the first time it is pursued with epic naivety. The battle seems more about the optics so far, about the stunning figures, about the pruned dignity of the culprit in court, of the stories of vomiting and chewed statements, of court orders ignored and obeyed, of a puffing Eleyinmi as Senate President and a bragging Fani-Kayode clutching the air of the moral superior. Of course, a stooping former soldier is almost numbed over charges that he played charity with government money.

Money to save lives in battle was diverted to save the office of the shoeless maestro.
But then, Buhari wanted to roll back Boko Haram, and he has. Once the pious upstarts planted righteous flags and choked cities and towns and its shadow threatened Kashim Shettima’s position as Borno State governor. Shettima told us more than anyone was ready to say about the ragtag army of bigots, that they were better armed and motivated.

Now, Boko Haram is a puny blood fest, harassing only intermittently with suicides. It is a mark it cannot hold out for too long.

So, Buhari governed gravely, and he changed the moral tone of government. He also nipped the greatest existential threat to our nationhood in the past three decades. For one year, we can say he did well and, some may say, even very well.
But very well does not put food on the table. It does not seem now that many know well what the blueprint is for the economy. Vice President Yemi Osinbajo articulated this at The Nationnewspaper’s First National Conference on the Economy.  Since then though, he has made references to it in snippets.  But, it will not resonate until we start seeing steps.

No matter the high moral tone of the economy, and a sense of tranquility, if the economy is not handled with deliberate urgency, the austere image of the president will get a beating from the hungry and disaffected. This may be the flipside of the election that brought George W. Bush to office. Bill Clinton was credited with the biggest economic expansion in U.S. history with many jobs available. But his party’s nominee Al Gore, who was his vice, lost out because of Clinton’s moral baggage.

The people chose character over prosperity. Of course, when they lost prosperity under Bush, they gave a black man, Barack Obama, the task to carry both the moral and economic burdens. Just like Larry Mamutry’s novel, Lonesome Dove, where the black man serves as the moral restraint for the white man, Obama becomes what sociologists have called the “magical negro.” He takes the fall for the Caucasian predatory excesses. Buhari should learn not to be a fall guy of his own integrity.

As noted last week, he can take advantage of bellwether minister Babatunde Fashola (SAN), whose ministry can galvanise activity with works and housing and power projects. That was how FD Roosevelt jolted America with the New Deal, which some critics called the “raw deal” then. Other ministers, too, can follow suit at various levels.

His first year is noted for some notorious silences. The Agatu-Fulani herdsmen saga, Ese Oruru, labour strike, pump price hike. He has visited many places, but only Cross River State in Nigeria for business. His voice roared over Biafra agitation, Niger Delta Avengers and the Shiite group up north. No problem with that if the same decibel of rhetoric flogged the herdsmen. He has clutched endlessly for reasons.

A leader is empty without empathy. He needs to connect on an emotional level, especially at a time when many are hurting. Life and death, says David, are in the power of the tongue.

The second year often is time to settle down to substantial work. As John Donne wrote, ask not for whom the bell tolls, Mr. President, it tolls for thee. A year from now, the bell would have rung twice,
where will his tenure be?