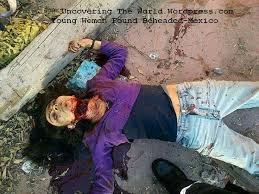 By Dipo Awojobi – Tragedy struck weekend, when a woman accused by her husband of having extra-marital affairs was reportedly murdered in cold blood in the Oshodi area of Lagos State.

The unfortunate incident was said to have occurred on Friday, May 27, at the couple’s residence on Araromi Street, Oshodi.

Reports said that the man, Jafaru Sougie, accused his wife of 29 years of sleeping with another man, and then allegedly slaughtered her in the wee hours of the night.

It was said that Jafaru, 49, who is out of job, used a sharp object believed to be a knife to slit the throat of his wife while fast asleep.

The lifeless body of the woman identified as Roseline, was found at about 4am by one of her children named Richmond and his aunt, 2 hours after she was reportedly killed by her husband.

An alarmed was reportedly raised by the two, which attracted neighbours to the scene.

After the act, the man reportedly drank poison, but he was quickly rescued and rushed to the hospital, where is he presently under watch of the police.

It was learnt that the husband and wife quarrelled often before the ugly incident.

Sources said that police have since launched an investigation into the matter.