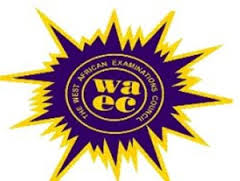 The result of the May/June 2015 Senior School Certificate Examination (SSCE) results have been released by the West African Examinations Council (WAEC), even as it held results in 13 debtor states of the federation are being withheld.

Head of WAEC in Nigeria, Mr. Charles Eguridu, while addressing journalists in Lagos Monday, announced that out of 1.5 million candidates who sat for the examination recently, the body has withheld 118,101 results.

Eguridu said results in 13 debtor states that are owing the Council out of the previously announced 19, have been withheld.

He vowed that the results of the candidates in the affected states would not be released until their outstanding (candidates examination fees) were paid.

It would be recalled WAEC some weeks back, exposed the owing states, then informed that the sum involved in the 19 states owing it, was estimated at N4 billion.