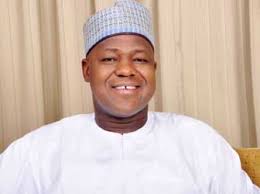 Aspirant to the Speakership position in the House of Representatives and Chairman, Committee on House Services, Hon. Yakubu Dogara has urged Nigerians to resist the temptation of allowing external influence to determine the leadership of the next National Assembly.

Dogara said it is imperative for the country to consolidate on the gains recorded by the current parliament, especially House of Representatives which it noted was able to achieve success because its leadership emerged as a product of the collective will of its members.

“That is why we have undertaken to consolidate on the many achievements of the 7th Assembly which defied the powers that be and charted the Path to independence,” he said.

Adding, “We must not allow this modest gain be lost on the altar of godfatherism in our polity.”

Dogara, who is a front-runner in the race in the speakerhip race, called for prayer for the President Muhammadu Buhari, saying the new president needs “our prayers and support to succeed.”

He urged for a change of attitude among Nigerians in order to achieve the desired change in the country.

“While we all crave for change in Nigeria, we must begin to change our attitudes as individuals for the society to be changed.

The House Services Chairman in a tweet on Monday, said for Buhari to succeed as president, the 8th House of Representatives must consolidate on the gains of its predecessors, noting that the independence of legislature is crucial to building a new Nigeria.

“On June 6, 2011, the House wrote its name in the annals of political history of Nigeria, another chance is here before us to consolidate,” Dogara added.