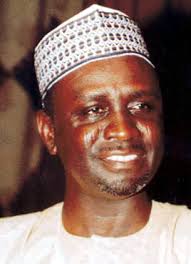 The General Secretary of COEASU, Nuhu Ogirima, who gave the indication in an interview in Abuja, said the union would end the strike only after a clear-cut commitment towards meeting the remaining part of their demands has been made by the Federal Government (FG).

According to Ogirima, a senior lecture in Federal College of Education, Okene, Kogi State, “We (COEASU) are yet to call off our strike. We are waiting for some commitment from the federalgovernment.

We had a closed-door meeting with the new Honourable Minister of Education, Mallam Ibrahim Shekarau last Thursday separate from the one he had with ASUP. We discussed meaningfully at length.

His remarks were quite impressive. We could see that the new Minister is really determined to ensure that the issue is resolved. He made a very strong appeal to us to call off the strike.

He promised to meetwith us this coming Thursday after studying our demands to give usfeedback and let us know the government’s position, assuring us that the issue will be properly resolved.

We are very much willing to end the strike. But until we hear from the Minister on Thursday, thestrike continues. We do want a situation where our people will be unnecessarily victimized.

As we speak, we have not been paid salaries for four months now. So, we want an unambiguous pronouncement from FG.

After the Thursday meeting with the new Minister, we will review our position and it will be communicated to the press through our President.”

The meeting called by the Chairman of Forum of Governing Councils of Colleges of Education, Senator Emmanuel Anosike is also meant to broker an understanding geared towards addressing theproblem.