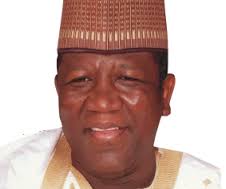 The Governor of Ondo state, Olusegun Mimiko, has said that the Jonah Jang faction of the Nigeria Governor’s Forum (NGF) were not part of the last week arrangement in which Zamfara Governor Abdulaziz Yari was declared the new chairman of the forum.

Mimiko who said they were suspicious of the meeting said, it was curious that the Governor Rotimi Amaechi’s NGF rushed to appoint a new chairman when it is just few days for the governors-elect to be sworn in.

“We are suspicious that the newly elected governors are left out of this arrangement and we wondered what Amaechi -an out going governor was up to this time around, ” queried Mimiko who spoke through his Commissioner of Information, Mr. Kayode Akinmade.

Reminded that Governor Godswill Akpabio and some members of the Jang faction attended the meeting, he said, “Gov. Jang remains our NGF chairman, with Gov. Olusegun Mimiko as deputy.

“Until Amaechi took NGF to his apartment and conducted that controversial election, the Forum was one united body that produce its chairman through consensus,” he added.