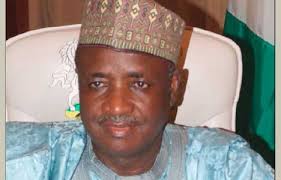 Former governor and senator representing Sokoto state, Sen. Magatakarda Wamakko has assured that the furor among legislature over leadership selection has subsided, contrary to general impression.

Wamakko said that Senators have agreed to work together in the interest of peace and progress of Nigeria, rather than continue in bickering over group or personal interests.

The former governor said the impression of rumbling among Senators has always been the creation of the media.

In a chat with our correspondent in Abuja, he said that Senators were elected by their different constituencies not to fight, but to legislate for good governance and promotion of democracy.

The Sokoto State governor said there have been neutral bodies among Senators who had mediated adequately among contending forces unknown to the media.

He said by the time the Senate resumes sitting, it would be clear to every one that members have indeed, agreed to work together, not only to advance the cause of the people who voted them, but also to ensure that the government of President Muhammadu Buhari succeeds with great achievements.

He said, “We are not for crass politics as you in the media have been suggesting. We are for progress of Nigeria, sustenance of democracy and the success of the government of President Muhammadu Buhari.

“We were elected to do this and not to bicker, and I think everybody had realised this and agreed to work together to gain time that had been lost while we face our business of legislating well for Nigeria.

“I understand that the issues of the past few weeks since we resumed is about politics. It happens in every clime. But what I want to suggest is that the media should understand the situation and offer assistance by reporting issues objectively.

“To build democracy is not the sole responsibility of President Buhari, Senate President Bukola Saraki or the governors alone. It is a collective responsibility, which also involves the media. So media as our friend should help us mitigate the tension that might have arisen on issues rather than fueling little crises”

Wamakko noted that every legislative session usually have its challenges and peculiarities, whereas each had effectively managed its crises to keep the flag of democracy flying.

According to him, the 8th Senate too is not insulated from crisis being part of what he described as a natural process of growth in democracy.

He said the good thing is that the current Senate is peopled by experienced men and women who according to him believe in the strength and unity of Nigeria and would not compromise the yawning desire of an average Nigerians to make democracy work in the country.

He, however, appealed to his colleagues who may be nursing some form of grievances on the issues at stake in the Senate to bury the hatchet, urging them to always be mindful that Nigeria is greater than anyone and that each could make historical contributions to the progress of Nigeria as as a member.