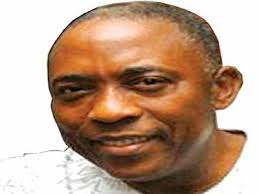 At least Kayode Fayemi knows how to be a governor. Yes, we have had governors in Ekiti; the dignified Niyi Adebayo, the competent Segun Oni and the intellectual Kayode Fayemi, but none like the populist Peter Ayodele Fayose (He loves to call himself Peter the Rock). Fayose’s ambition was to be a governor like no other. He succeeded. He is not my idea of a governor. Therefore the election of July 14 was seen by most Ekiti citizens as a referendum on Fayose’s style of leadership.

I cannot remember any election since 1999 that has polarized Ekiti than the last governorship election in which Dr. Kayode Fayemi, the candidate of the All Progressives Congress, APC, defeated Fayose’s deputy-governor, Professor Kolapo Olusola Eleka of the Peoples Democratic Party, PDP. The division showed in the result. Neither of the two candidates was dominant. Fayemi scored 197,459 votes to Olusola’s 178,121. President Muhammadu Buhari, in congratulating Fayemi for his victory, said it showed an acceptance of the APC. I dare say the President should wait till 2019 for the Ekiti opinion about the APC.

The July 14 election was not about APC or the PDP. It was a referendum on the unusual ways of Ayodele Fayose, the outgoing governor. Fayose is a phenomenon. He showed himself to be a politician of unusual brilliance and inventiveness. I first heard about him in 2002 when he emerged as the governorship candidate of the PDP.I met Governor Niyi Adebayo in his modest office (the old office of the Ado Local Government) in Ado Ekiti where we discussed the development. How can the PDP field an unknown quantity over and above men and women of substance within the party? It was strange. Adebayo too was surprised for he was expecting a more formidable and better known opponent. In 1999, he had faced Professor Tunde Adeniran, an illustrious son of the land. Adebayo defeated him. He had on his side the overwhelming influence of Afenifere, the mainstream Yoruba political and cultural movement that then dominated the Alliance for Democracy, AD.

Fayose had been procured from dark obscurity by the leadership of the PDP and placed at the centre stage of Ekiti politics. I was eager to know more about this new boy in the hood. Some of the leaders have brought charges that Fayose had never worked in any organization before and never performed the compulsory National Service. They said he never finished his course at The Polytechnic, Ibadan, where he claimed he graduated with a Higher National Diploma. I sent Yemi Olowolabi, one of my most enterprising colleagues in TELL, to get in touch with Fayose and ask for his Curriculum Vitae. Olowolabi, who is now the Ondo State Commissioner for Information, met him. Fayose never sent his C.V.

Fayose now has a rich C.V. He is the first Ekiti politician to be governor twice. After his first tour of duty, he fled the shores of Nigeria. When he finally returned he was put in Ikoyi Prison for about 100 days. He has cases hanging on his neck for alleged stealing of Ekiti fund and several cases of murder. He was accused of supervising the killing of one Akin Omojola who was beaten to death in Ifaki. Like Houdini, he escaped the vice set for him by his foes to continue his romance with politics. He flirted with Fayemi in his struggle against Governor Segun Oni and finally purchased a senatorial ticket of the Labour Party but lost the election to the famous journalist Babafemi Ojudu. By 2014, Fayose was back in full force winning the PDP governorship ticket by defeating a coterie of foes including Dayo Adeyeye and Caleb Olubolade, former Military Administrator of Bayelsa State who was a Minister in Jonathan’s government. He went ahead to rout Fayemi, then the incumbent governor, at the election.

Now that Fayemi has won the return match, I hope he would concentrate on his assignment. There are three things that are urgent. One is the issue of unemployment. Thousands of young graduates are roaming the streets of Ado-Ekiti and many have migrated to Lagos and other cities. He needs to lead the people to acquire marketable skills to produce product and services. This year, the only viable large manufacturing concern in the state, the Ikogosi Warm Spring Company, producer of Gossi Water, collapsed. It should not only come back, the government should try and encourage the setting up of other industries considering the abundance of trained manpower in the state and easier access to land.

The second assignment is to look into the portfolio of abandoned projects. The state is littered with many abandoned projects especially at the Ekiti State University, EKSU, and other places. All abandoned projects should be re-evaluated and completed. Ekiti State is noted for its good network of roads. All our governors: Niyi Adebayo, Fayose, Segun Oni and Fayemi, have all done well in making good roads. However, some of these roads are falling into decay. Rehabilitation and maintenance of roads should be a matter of public culture. We should not wait until the roads become impassable before we fix them.

The most difficult assignment however would be how to reconstruct the state finances which is now in shambles. First, there is a need to put a moratorium on public borrowing. All past governors, except Adebayo, have borrowed for mostly unproductive prestige projects. Now we have enough debt overhung to be inherited by our grandchildren. The incoming governor should pity the next generation by putting a cap on borrowing. He should also move quickly to recover state assets in private hands. He may need the help of the Economic and Financial Crime Commission, EFCC, and the Interpol to do this. Some of the assets may be in far-flung places like China, Singapore, Hawaii and Dubai.

Though Fayemi won the governorship contest, the winners of the election are the long suffering Ekiti people. In the evening of Saturday July 14, even before the Independent National Electoral Commission, INEC, declared the result, Fayose and his agents went to the state radio to claim that Professor Olusola Eleka had won the election, asking the people to “rise up and resist rigging.” The National Broadcasting Corporation, NBC, quickly shut down the radio station. In the early hours of Sunday July 15, the governorship election returning officer, Professor Idowu Olayinka, the highly respected vice-chancellor of the University of Ibadan, announced the result, proclaiming Fayemi the winner.

On the day of the election, I had joined other citizens to cast my vote. I was at the polling centre in front of my uncle’s house, the late Chief James Ekunola, in Okemesi. Voting was orderly, witnessed by only three female police officers. Voting was concluded by 2 p.m. Votes were counted openly and everyone heard the result. There was no dispute anywhere because the process was so transparent notwithstanding the pervasive and corrosive influence of money.

The fall of Fayose is an affirmation that politics is local. His rabble-rousing rascality resonated with many people across Nigeria, especially among those who are opposed to the dour Muhammadu Buhari and his incapacity to save Nigerians from rampaging murderous gangs. Fayose was the brave David who stood up to the Federal Leviathan over the Fulani herdsmen issue. He took on Chief Olusegun Obasanjo, who drove him from power in 2005, accusing the former President of hypocrisy. He attacked President Buhari at every turn, once proclaiming him dead or paralyzed while the President was receiving medical treatment in London. Then last week, the President came to Ado to campaign for Fayemi and Fayose asked taxi driver and transporters to stay off the road so that no one would be available to welcome the President.

Twenty-four hours after the President left, news came that the governor had been attacked by some policemen and that Ado was boiling. I called my friends in Ado and was told that indeed, there had been clashes in front of the Government House in the morning but that Ado was now calm. Fayose soon appeared on national television, with neck brace turned upside down and his left hand in a sling tied to his supposedly wounded neck. He was weeping, with tears falling on his robust cheeks. He alleged that some policemen slapped him and wounded him with the butts of their guns. He said Professor Olusola Eleka too was also beaten. He blamed the Inspector-General of Police for his plight.

I spoke to a senior police officer who claimed that Fayose was lying. Yes that morning, police had dispersed with teargas a crowd of PDP supporters who wanted to organize a prayer walk round the city. He said the police had not granted any permit for a prayer rally. Fayose’s supporters later moved into the Government House ground where the rally was addressed by Fayose, Olusola and other leaders.

One disturbing aftermath of this election is that no role is assigned to the candidate who came second. The American presidential system adopted by Nigeria since 1979 is a winner-take-all Olympics. In the old parliamentary system, Ekiti would have benefited from Professor Olusola Eleka’s knowledge and experience as the Leader of Opposition. He would also be the Premier-in-waiting in case the Premier loses a vote of confidence in the House of Assembly. Now the only place where the winner and the loser can meet is in the law court. This is not right.

Those who are clamoring for restructuring should consider this aspect of our Constitution. It is simply unhealthy. A day before the election, a foreign delegation had visited Ado to have discussions with both Fayemi and Olusola Eleka. They met Fayose. He had dispatched the deputy governor on another errand. He had removed his hand sling but still carry his neck brace with grim determination and dark humour. The brace was now properly fixed. Such was Fayose’s sense of drama that he did not tell himself the truth about his neck brace. He would have a lot of opportunities for drama in the months ahead.