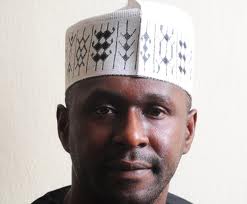 The APC non-Serving Senators’ Forum, a new political pressure group within the ruling All Progressive Congress has urged the party to use its March 26, 2022 national convention to fine tune strategies for hitchfree congresses and national convention for the election of the party’s flag bearers at all levels in the 2023 general elections.

The Forum expressed optimism that the APC will win the 2023 general elections provided that the incoming party officials, to be elected on March 26, 2022, pursue an altruistic and robust process that will produce the best candidates for all positions.”

The Forum in a communique issued at the end of its inaugural meeting at Sheraton Hotels Abuja, Tuesday said the APC remains “a vehicle for salvaging Nigeria and positioning it as the most influential country in Africa.”

The Forum congratulated the party, its officials and members for surmounting what it described as “existential challenges it faced recently in the run up to its national convention through a deft and mature brinksmanship, anchored by the President and Commander-in-Chief of the Nigerian Armed Forces, Muhammadu Buhari”

The group reaffirmed commitment to offer experience and expertise to assist the incoming party officials to attain the lofty ideals of the APC, noting that the rich resources of the group as one of the party’s most valuable constituencies have not been maximally tapped by the party.

The group also elected officials to pilot its affairs for the next four years.
A former senator who represented Kogi Central in the 7th Assembly, Sen. Nurudeen Abatemi-Usman, emerged as the substantive Chairman of the Forum.

Seventeen others were also elected to pilot the affairs of the Forum for the next four years following its formal inauguration which took place on Monday at the Sheraton Hotel, Abuja.

Former Senate Presidents, Senator Ameh Ebute and Ken Nnnamani were adopted as the patrons of the association.