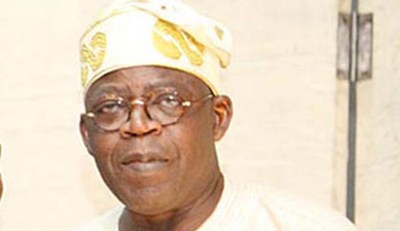 The cerebral Catholic Bishop of Sokoto, Matthew Hassan Kukah, captured it succinctly in a recent interview wherein he described the proposed National Conference by President Goodluck Jonathan as a coup against the opposition.

Indeed, traditional opposition elements, especially from the Southwest, who never expected such proposition from Jonathan, had no choice other than to commend him for the political novelty, which was contained in his 53rdIndependence Anniversary speech. 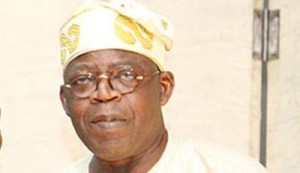 There has been a groundswell of support for the proposed confab since the announcement was made, followed quickly by the composition and inauguration of the Federal Government Advisory Committee, headed by Senator Femi Okunrounmu.

But the Action Congress of Nigeria (now subsumed into All Progressive Congress) could not immediately respond to the master stroke by Jonathan until its leader, Asiwaju Bola Ahmed Tinubu, returned to the country after he underwent, as claimed, a knee surgery in the United States of America.

Typical of Tinubu, he jumped into the fray with his characteristically combative response, accentuated by incoherent delivery of his thoughts, which expectedly resulted in a poor rendition.  His punches were particularly weak on target.

Read his opening gambit: “The planned national dialogue is a Greek gift and public deception.  I say beware of the Greek gift.  Let us first of all ask series of questions.  I am yet to consult with my party but I see some contradictions.  I see some deception here, but I will discuss with my party.  I see lack of transparency….”  What did he not see? He babbled on.

In his subsequent position, published in the print media, perhaps after digesting the content of Jonathan’s speech and consulting with his party on the possible nature and form of the national conference, he still amplified his earlier comments. Tragically, he devoted ample space to celebrate his lack of knowledge about Jonathan’s proposed confab.  Or is it that he was hawking some political shenanigans?

Even one of his cronies, named Olusegun Samson Akinlabi (or was it a pseudonym?) who authored a piece titled: “Jonathan’s ‘Jebu’ Conference and Tinubu’s Higher Logic”, published in THISDAY of Monday, October 4, 2013, the same day The Guardian newspapers published his (Tinubu’s) position, devoted the entire treatise to, unfortunately, expound on Tinubu’s seeming ignorance about what is in the offing.

What Tinubu and his spin doctors have tried to do is to rake up mud and splash it on the sincerity of purpose that Jonathan has decided to invest in the planned exercise with a view to making Nigerians doubt the integrity of the process leading up to the exercise proper.  They have, too early in the day, resorted to subjective appraisal of the message and the messenger; and, this is their tragedy and that of their fixations.

Besides, they have been consumed by the folly of their oppositional posture to criticize and conclusively declare that Jonathan is not credible, reliable and capable of midwifing a conference as critical as this.  And, where their folly has been further amplified is in their suggestion that since administrations before were not trustworthy and could not deliver on similar exercises of fashioning a people’s constitution for the nation; Jonathan’s administration could not be trusted to sincerely, credibly and transparently deliver on this national conference.

The first critical point to make here, which Tinubu and his group might have deliberately, if not ignorantly, decided to downplay, is that this is arguably the first time Nigeria would be holding a national conference of ethnic nationalities.  Here all issues under the sun should be tabled by the representatives of ethnic nationalities for thorough discussion.

I am sure by the time the Okunroumu Committee is through with fashioning out the modalities for the conference, it should become clear that the platform is not going to be a pigeon hole to custody and promote primordial politics and values that unnecessarily divide us as a nation but an avenue to explore solutions to problem areas in order to strengthen our unity in diversity if that is the consensus of the various ethnic nationalities.

This is an opportunity that Nigerians have been looking for.  Tinubu and his followers are agent provocateurs who want to instill their self-inflicted and unfounded fears in the rest of us.  I posit that it is sheer ignorance to situate the conference in the compartment of political parties as Tinubu has done.  He said he was going to consult with his party, but the proposed confab is not about political parties.  The parties have already sponsored candidates into the National Assembly, which is a sovereign platform upon which Nigerians are represented.

It is for that reason that successive administrations since 1999 when the current Fourth Republic was birthed have been opposed to the convocation of a Sovereign National Conference (SNC), for which the Southwest zone has vociferously clamoured.  The basis of opposition is valid: there cannot be two sovereignties co-existing.  This certainly explains the disclosure by Jonathan that the outcome of the conference will be forwarded to the National Assembly for inclusion as proposal in the constitution amendment.  The political parties and Nigerians can pile pressure on their legislators to ensure the passage of the confab reports as proposed provisions in the constitution. Chikena!

Perhaps, the best time for a SNC should have been under a military regime, in which case the outcome of the conference would have, subject to a referendum or plebiscite, become the constitution of the Federal Republic of Nigeria.   But unfortunately when the military government was in the saddle of leadership in the country, the idea of a SNC was treated with suspicion.  Instead of national conference of ethnic nationalities, the various military juntas had convened Constituent Assembly and National Constitutional Conference composed of many stooges of theirs with the burden of “no-go” areas to fashion out, among others, a constitution for the country.

The fundamental “no-go” area was the unity of Nigeria, which to them was non-negotiable; a decision that was understandably informed by the destruction inflicted on the nation by the 1967-70 civil war.  It is important to point out that the Igbo still live with the feeling that the Nigerian nation is still marginalizing them in the presidential power equation and distribution of infrastructure for prosecuting the Biafra war.  The Igbo ethnic nationality must be assured and reassured that the war had indeed ended in 1970.

This is part of the essence of the national confab.  Ethnic nationalities should jaw-jaw on a number of issues affecting them within the Nigerian federal structure.  Perhaps, if our ethnic nationalities had been opportune to talk to contending issues at a roundtable, the agitation and militancy in the Niger Delta Area would not have happened; perhaps, the Odua Peoples’ Congress (OPC) in the Southwest, the Movement for the Actualisation of the Sovereign State of Biafra (MASSOB) in the Southeast and the Boko Haram in the North would not have reared their heads.

But now that they have become common features in our polity with the consequential tension on national security and cohesion, the best approach to resolve the conflict that has been created is to dialogue.  Nigerians must take advantage of this opportunity to talk.  We must not surrender our destiny in the hands of some duplicitous political manipulators and election riggers who always deploy ill-gotten resources to manipulate the system against us and wantonly appropriate our common patrimony.

Tinubu and his co-travelers should be told that the era of pandering to the whims and caprices of some regional political warlords whose stock-in-trade is to stoke the fire of sectional political considerations and interests is over.  We are in a new dawn of political consciousness that finds anchorage on the imperative of focusing on the bigger picture of national interest and survival.

I believe that the unity of Nigeria is very important to all Nigerians and therefore efforts would be geared towards achieving true federalism that will strengthen our unity rather than separatism that is capable of compromising our geography, demography and economy.  Consequently, all issues that have agitated the polity over the years must be discussed.

It is important that this jaw-jaw is coming before the 2015 general elections.  I consider the confab will help to instill in our people hope and assurance that there is possibility of national redemption if contending issues that threaten our federalism and unity are sincerely discussed by the ethnic nationalities.  True fiscal federalism will largely address our problems.

Has Jonathan not done well by providing an opportune platform to ventilate age-long pent-up anger?  It is quite reassuring that a vast majority of Nigerians, especially from the Southwest, which is the hotbed of growing agitation for the restructuring of the country, have welcomed the proposed confab of ethnic nationalities, save Tinubu and his cronies.

The positions expressed by the like of Dr Tunji Braithwaite, Mr Yinka Odumakin, Pastor Tunde Bakare, the Afenifere, the Oodua Peoples Congress (OPC) and some other well-meaning persons and groups from the Southwest enclave sharply contrast with Tinubu’s positions, fears and subjective appraisals of the intention, sincerity, credibility and capacity of the president to organize a transparent confab.

Odumakin’s position, in particular, no doubt, exposed Tinubu’s chicanery on the national confab.  Read him: “The APC leader was one of the people that canvassed for dialogue with Boko Haram a few months back. If he can canvass for a dialogue with terrorists, why should he say the dialogue among Nigerian people is not necessary?  It shows that we have a lot of self-serving politicians in this country who have paid lip service to federalism and national conference in the past….”  Do I need to say more?

Ojeifo contributed this piece from Abuja.