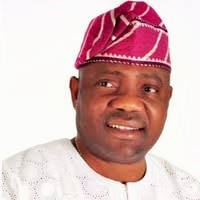 (News Investigators)/ The House of Representatives has set up an ad hoc committee to investigate and monitor process of recruitment in Federal Ministries, Departments and Agencies (MDAs).

The decision followed a motion of Urgent Public Importance moved by Rep. Yusuf Gagdi (APC Plateau) at its Wednesday plenary.

The ad-hoc committee headed by Rep. Wole Oke (PDP Osun) was mandated to examine “recruitment in the public and civil service.”to report back to the House in few days time

The House unanimously adopted the motion based on complains indicating that federal character principles were not always adhered to in the recruitment.

The lawmakers also noted that the recruitment processes were reportedly based on political, ethnic or religious sentiments.

The House noted that chapter 2 of the 1999 Constitution sought to promote proper exploitation of the country’s human resources and the right of citizens to participate in all areas of the economy.