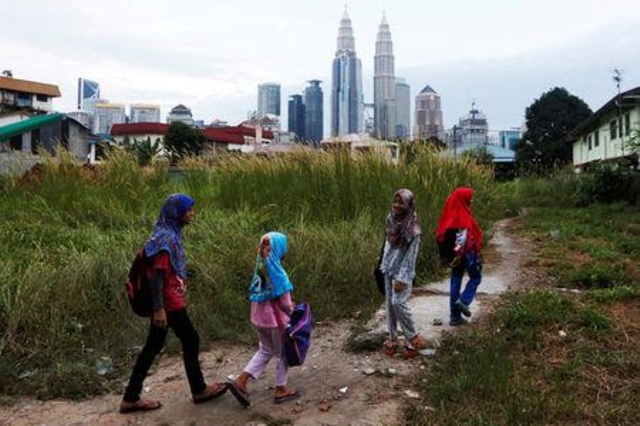 However, he said, “the official claim that poverty has been eradicated, or exists merely in small pockets in rural areas, is incorrect and has crippled policymaking.”

Official statistics suggest Malaysia’s official poverty rate dropped from 49 per cent in 1970 to 0.4 per cent in 2016. However, the percentage is calculated off a poverty line of RM 980 (235 dollars) per household per month – a figure Alston called “tragically low.”

“Actual poverty rates are much higher than official figures suggest, and the Government needs to reassess how it measures poverty,” Alston said in a report published following an 11-day factfinding mission.

The undercounting had led to “underinvestment in poverty reduction and an inadequate social safety net that does not meet people’s needs,” he added.

Alston pointed to indigenous communities, migrant workers, refugees and the stateless as groups that had been “systematically excluded from official poverty statistics.”

Alston’s findings corroborate a 2018 report by non-profit Khazanah Research Institute that found structural weaknesses in official poverty measures and said that poverty statistics would be higher if the index was adjusted to reflect reality. (dpa/NAN)