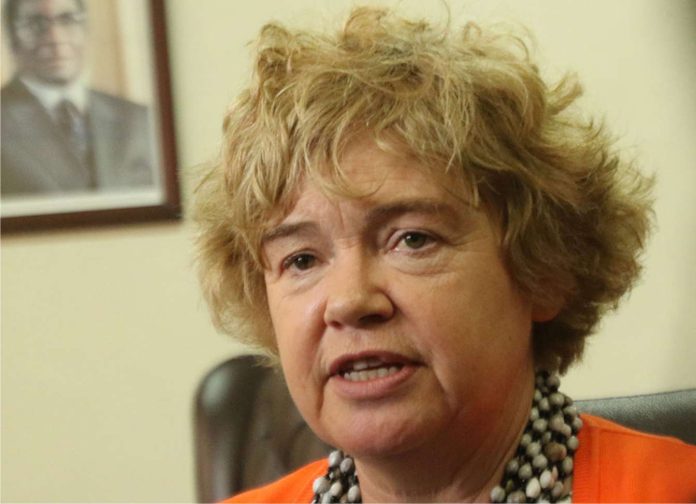 Ms Laing, made this known at the ongoing Gender and Inclusion summit organised by the Policy Innovation Center, (PIC), an initiative of the Nigeria Economic Summit Group (NESG) in Abuja.

She said the investment is part of the implementation of the UK’ three Es projects, namely Educating girls, Empowering women and Ending violence against women and girls.

“The UK has three areas focusing on Gender. The three Es which included, educating girls, empowering women and ending violence against women and girls.

“The UK has worked on education for decades now particularly in the north-east Nigeria where we have supported 1.4 million additional girls going to school.

“On the empowerment side, we recently launched a hundred million programme through the first bank of Nigeria which will direct funding specifically to women owned enterprises,” she said.

Ms Laing explained that gender rights are basic human rights and everyone is entitled to them but there are social norms, religious norms and behavioral norms which are used as excuses for not making progress on gender equality.

According to her, they were also digitising Humanitarian services and cash transfers so that women can receive money directly into their bank account which gives them more empowerment.

She reiterated that the US government prioritise gender activity that was why it invests over $200 billion annually towards programming gender activity and equality globally.

”In Nigeria, the US mission works to promote an environment that supports women’s success and address challenges that hold women back and to empower Nigerian women to do the same.

“The upcoming 2023 elections presents a critical opportunity to include more women in leadership positions in government.

”And we encourage women not only to vote on election day but also to consider running for office at all levels of government in the future elections.

“This campaign season presents an opportunity to demand candidates prioritise policies and legislations for women and girls,” she said.

Also, the Deputy Head of the European Union delegation to Nigeria, Alexandre Borges-Gomes, said less than 50 percent of women in Nigeria have paid jobs against 76 percent of men, according to a recent survey.

On her part, Deputy Director (PIC), Osasuyi Dirisu, explained that the organisation works in several policy areas such as financial and digital Inclusion, health, human capital, gender and social policy, accountability and transparency.

Dirisu added that within the last one year, PIC initiated projects on harnessing behavioural insight, sustainable and inclusive digital transformation, assessment of the context and behavioral drivers of learning poverty and outcomes for “at risk (in and out of school children.”

”We are here at the summit and hope to institutionalise and have an opportunity for stakeholders to come together to have real conversation about gender and advanced cause to improving gender equality in Nigeria,” She said.

The News Agency of Nigeria (NAN) reports that various plenary sessions and presentation on Re-imagining Inclusion for Social Development: Youth’s Perspective, Access to Justice for Survivors of Gender Based Violence. nan