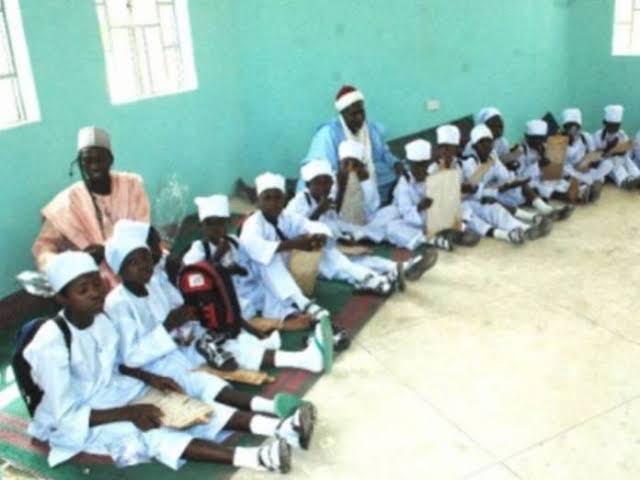 The Universal Basic Education Commission (UBEC), said on Wednesday that steps are being taken to improve the quality of teaching and learning in almajiri schools across the country.

The Executuve Secretary of UBEC, Dr Hamid Boboyi, stated this in Kaduna, at the opening of a five-day training programme for 135 Master Trainers to improve the quality of teaching in Integrated Quranic Tsangaya Education (IQTE).

He said that the move was to ensure that graduates of alamajiri system of education compete favourably with their counterparts from conventional schools.

“You will recall that the commission had in 2010 introduced the Almajri Education programme to integrate the Almajiris into basic education and increase access and equity to all children of school going age.

“From the inception of the programme to date, the Federal Government had constructed 157 Model Tsangaya Schools in 27 states and the Federal Capital Territory, Abuja,” he said.

Bobboyi, who was represented by the Director, Quality Assurance, Alhaji Mansir Idris, added that the schools were provided with all facilities required for teaching and learning.

He, however, noted that state governments, whose responsibility was to provide basic education at the state level had failed to maximally utilize most of the schools.

According to him, states have defaulted in the areas of feeding the learners, deployment of basic education teachers and welfare of the teachers.

He said that the current administration reviewed the programme in 2016 to ensure that every stakeholder participate in the programme from conception, planning to implementation.

The UBEC Chief said that the reviewed programme emphasizes consultation, particularly among the primary beneficiaries for their inputs on the needs of the schools.

According to him, the commission is ready to provide whatever the schools need based on availability of resources.

He said that the pilot scheme was introduced in nine states with the plan to scale-up to all other states where the Almajiri phenomenon was endemic.

“The schools and centres have been selected in the pilot states for the intervention and the proprietors and managers of the schools have been guided on the new scheme.

“This training was, therefore, organised to build the capacity of the master trainers to train the IQTE school teachers in their respective states.

“The aim is to build the capacity of the trainers to enable them train teachers and managers of IQTE schools across the pilot states to ensure success.”

Makarfi, who was represented by the Director of Public Schools, Malam Dahuru Anchau, said that the state had commenced plan to integrate Almajiri education into formal education.

The commissioner stressed that the state would partner with UBEC towards making it a reality.