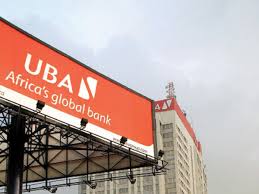 By Sadiq Umar – The NollywoodWeek Film Festival has announced a strategic partnership with UBA’s REDTV ahead of the 5th edition of the festival which takes place in Paris from May 11-14th, 2017.

The Director of Marketing and Corporate Communications at UBA Group, Bola Atta, in a statement said the aim is to showcase the positive narrative of Africa to the entire world.

“We share a common vision, our aim is to showcase a positive Africa throughout the world and the NollywoodWeek festival does just that,” Atta stated in a statement distributed by APO.

As this partnership grows, REDTV is expected to join the ranks of other major strategic partners of NollyWood Week such as Total, Air France and Angenieux who have supported the festival for several years now.

Nadira Shakur, Co-founder of NollywoodWeek adds that “this is just the beginning of what we expect to be a strong and mutually beneficial partnership, when we look for partnerships we think long term and that is what we envision for our partnership with REDTV as well.”

As a direct consequence of this partnership, the Parisian audience will have an opportunity to get familiar with REDTV’s productions during a special session on web-series scheduled for Saturday, 13th May at 11:00am. Boutique Hotel, REDTV’s francophone web-series, will be screened and presented by Alexandra Amon, producer of the series and a leading actress.

This new partnership is without a doubt a step in the right direction for the future of the NollywoodWeek Film Festival and for the African creative industries in general.