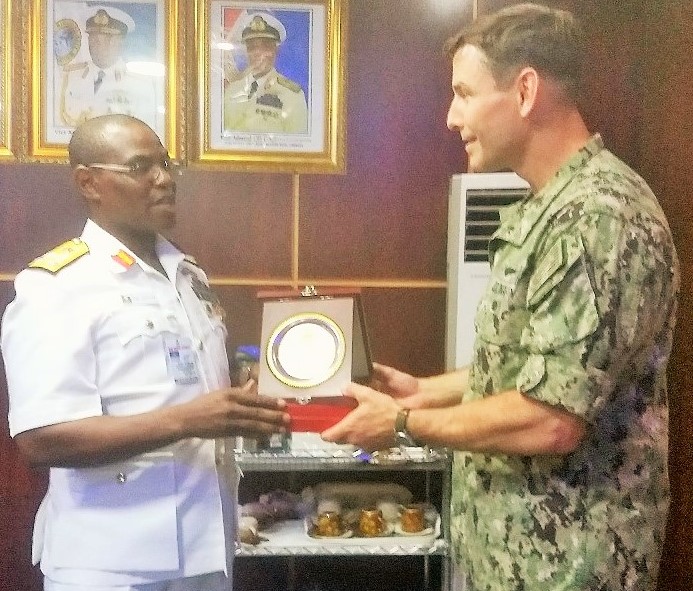 (News Investigators)/ A delegation of U.S. Naval Ship, CARSON City, on Monday visited the Western Naval Command (WNC) in Apapa, Lagos to strengthen the existing relations and security ties with the Nigerian Navy.

The leader of the delegation, Rear Adm. John Gumbleton, told journalists said the visit was aimed at strengthening bilateral relations between the navies of both countries.

Rear Adm. Gumnleton is the Deputy Chief of State for Strategy, Resources and Plans for the U.S Sixth Fleet.

“This visit is to enhance security objectives between the two countries,” he said.

Gumbleton said that the U.S was committed to ensuring the economic ties between the two countries were secured.

“The bilateral relations between U.S and by extension our navy, has been beneficial, not only to the Nigerian Navy, but as a nation.

“This visit is not only a port call, but it’s to also cement the existing relationship between the two navies,” he said.

NAN also reports that the U.S. team, made up of nine delegates, is expected to visit other naval formations in the country.