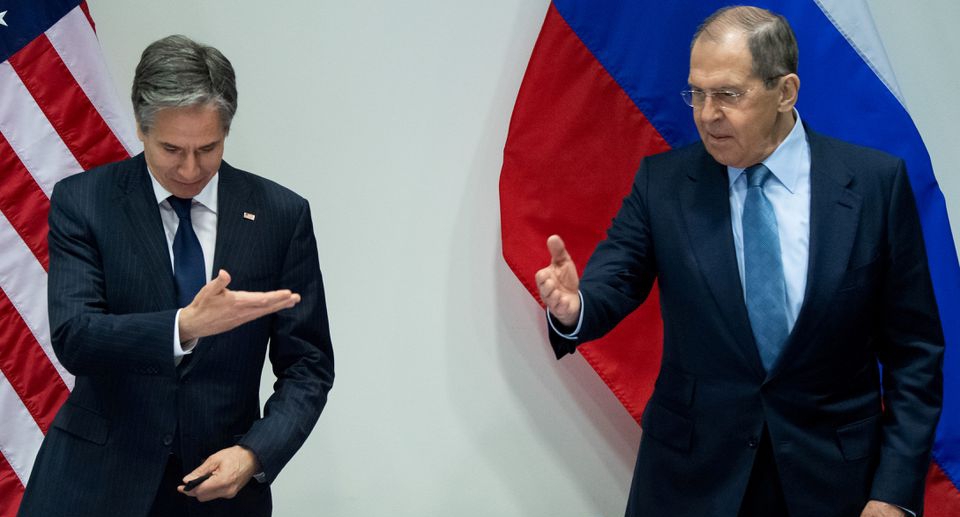 Mr Blinken said this while speaking at the start of talks with Ukrainian Foreign Minister Dmytro Kuleba, hours before his meeting with Russia’s Foreign Minister Sergei Lavrov amid escalating East-West tensions over Ukraine.

The U.S. secretary of state reiterated Washington’s concerns over a build-up of Russian troops on the border that has triggered threats of fresh Western sanctions against Moscow.

Mr Kuleba tweeted that Ukraine, which is not a NATO member but seeks closer ties with the Atlantic alliance, was working with Western countries on a “comprehensive deterrence package including severe economic sanctions” to stop Russian aggression.

“The unwavering commitment of the United States to Ukraine’s territorial integrity, sovereignty, its independence… that is a view that not only the United States holds but all of our NATO allies hold as well,” Blinken told Kuleba at their talks.

“That was very, very clearly evident in the conversations that we had over the last couple of days,” he added.

In his meeting with Mr Lavrov, scheduled for 1015 GMT on the sidelines of the summit of the Organisation for Security and Cooperation in Europe (OSCE) in Stockholm, the top U.S. diplomat is expected to relay in person the threat of further sanctions, if Moscow fails to end its troop build-up on Ukraine’s border.

Ukraine has become the main flashpoint between Russia and the West as relations have soured to their worst level in the three decades since the Cold War ended. Kyiv says Russia has amassed more than 90,000 troops near their long shared border.

Moscow accuses Kyiv of pursuing its own military build-up.

It has dismissed as inflammatory suggestions it is preparing for an attack on Ukraine and has defended its right to deploy troops on its own territory as it sees fit.

But President Vladimir Putin has also said Russia would be forced to act if NATO placed missiles in Ukraine that could strike Moscow within minutes. (Reuters/NAN)