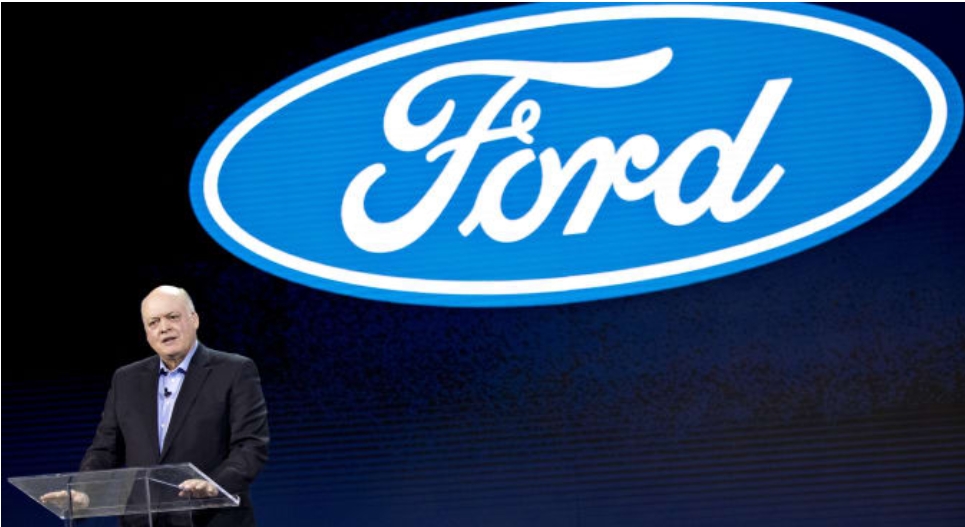 U.S. President Donald Trump stepped up a series of attacks on automakers on Wednesday for not backing his administration’s plan to roll back Obama-era fuel efficiency rules, singling out Ford Motor in particular for backing a deal with California for stricter fuel economy standards.

Ford is one of four automakers, along with Honda Motor, BMW AG and Volkswagen AG , that reached a voluntary agreement with California on fuel efficiency rules, defying Trump and his administration’s effort to strip the state of the right to fight climate change by setting its own standards.

The rules under the California plan are looser than the Obama-era regulations but stricter than what the Trump has proposed.

Trump said company founder Henry Ford would be “very disappointed if he saw his modern-day descendants wanting to build a much more expensive car, that is far less safe and doesn’t work as well, because execs don’t want to fight California regulators.”

Ford said in a statement that it is focused on acting to protect the environment while also protecting the affordability of vehicles. “This agreement with California provides regulatory stability while reducing CO2 more than complying with two different standards,” it said.

There is no evidence that existing fuel economy rules would degrade vehicle performance. And environmentalists and many states challenge Trump’s assertion that his administration’s proposed rule would boost vehicle safety or dramatically reduce the price of vehicles — and argue that consumers will save more in reduced fuel costs under the Obama rules.

California Attorney General Xavier Becerra responded to Trump’s attacks on automakers saying it would result in an additional 540 million metric tons of greenhouse gases and other harms. “This doesn’t look like a better alternative to us,” he said.

The White House has urged other automakers not to back the California agreement, while Democrats have been calling and writing automakers urging them to sign on with California.

The Environmental Protection Agency on Tuesday ridiculed the voluntary framework, which it said “so far has been nothing more than a press release.”

“My proposal to the politically correct Automobile Companies would lower the average price of a car to consumers by more than $3000, while at the same time making the cars substantially safer. Engines would run smoother. Very little impact on the environment! Foolish executives!” Trump tweeted earlier.

Gloria Bergquist, a spokeswoman for the Alliance of Automobile Manufacturers, representing General Motors, Toyota Motor, Ford, Volkswagen and others, said the companies “look forward to seeing a final rule soon. We support increases to standards that optimize all the priorities, including affordability so more Americans can buy a new car, plus preserving jobs and safety at the same time.”

GM has not backed the voluntary agreement, arguing that it does not properly credit the company’s electric vehicles.

Even so, Trump tweeted that the founders of Ford and GM “are ‘rolling over’ at the weakness of current car company executives” over the fuel rules, adding: “Crazy!”

All major automakers are on record saying they oppose the administration’s “preferred option” announced in August 2018, which would freeze fuel economy requirements at 2020 levels through 2026.

Trump’s tweet misstated some aspects of the administration’s proposal, expected to be finalized sometime after late September. The proposal said that by the 2030 model year, the average price increase of a new vehicle would be reduced by $1,850 and consumers would pay $490 less for financing, insurance and taxes. There is nothing in the administration’s proposed revisions that would result in engines running more smoothly.

The Trump plan’s preferred alternative would hike U.S. oil consumption by about 500,000 barrels per day in the 2030s while reducing automakers’ collective regulatory costs by more than $300 billion. It would bar California from requiring automakers to sell a rising number of electric vehicles or setting state emissions rules.

The administration says the increased fuel use would hike the average global temperature by 3/1000th of one degree Celsius by 2100, but would save thousands of lives over the next 30 years — in part because consumers would more quickly buy safer, cheaper vehicles. Environmentalists and many states reject that analysis.

The Obama-era rules adopted in 2012 called for a fleet wide fuel efficiency average of 46.7 miles per gallon by 2025, with average annual increases of about 5%, compared with 37 mpg by 2026 under the Trump administration’s preferred option.