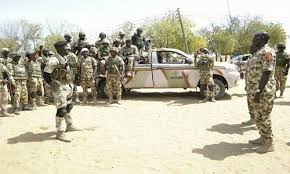 By Sadiq Umar – Troops battling the Boko Haram terrorists in Nigeria’s northeast on Thursday successful repelled terrorist incursion in the outskirt of Jidari Polo area of Maiduguri, the military says.

The insurgents, it was gathered, were in desperate move to enter into the city late hours of Thursday but were pushed back in gun dwell with gallant soldiers.

A statement by Theatre Commander of Operation Lafiya Dole in Maiduguri, Rogers Nicholas, a major general, said the joint security forces including civilian task force mobilized themselves to repell the attack. 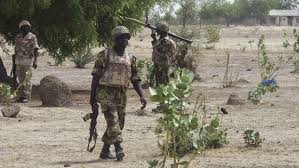 “Troops of Operation LAFIYA DOLE with the support of the Air Task Force, Nigerian Police Force, Nigerian Security and Civil Defence Corps and other security agencies including the Civilian Joint Task Force quickly mobilised to the area and cleared the terrorists incursion,” Mr. Nicholas stated.

Adding: “The troops of Operation LAFIYA DOLE are currently in pursuit of the Boko Haram Terrorists and have dominated the area while also patrolling the general area of Jidari.

He urged the general public and residents of the area that have earlier flee to return to their residence.

“They are further encouraged to report any suspicious persons to security agencies currently patrolling the area,” he added.