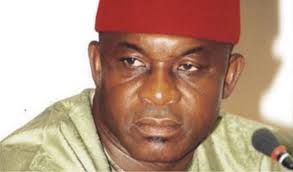 By Nuel Suji
Three of eight witnesses called by Senator David Mark in defence of the petition against him by Daniel Onjeh of the All Progressives Congress (APC) at the National Assembly Elections Tribunal did not testify as they were not seen when called.

Counsel to David Mark, Kenneth Ikonne, on Monday, told the tribunal that he had eight witnesses to call for the day to strengthen his defence against the petition.

The five witnesses–all ward collation agents for the Peoples Democratic Party (PDP)PDP that testified, said the conduct of the Benue South Senatorial election was free and fair.

However, under cross-examination by petitioner’s counsel, Mr Tunji Oso, one of the witnesses, who claimed that all accredited voters had their names ticked on the voters register, admitted that no name was ticked on the register.

Another witness also admitted under cross examination that there were mutilation and alteration of exhibits, especially Form EC 8A which was the result sheet.

Following the disappearance of the remaining witnesses for the day, Ikonne prayed the court to grant him more time to persuade the witnesses to appear.

He said one of the absentee witnesses actually told him that he had defected to the APC.

Mr Daniel Onjeh of the APC had filed a petition seeking declaration that the former president of Senate was wrongly declared winner of the Benue South Senatorial election.

Onjeh alleged electoral malpractices and substantial infringement of the Electoral Act, praying the tribunal to nullify the election and order for fresh poll.

The Chairman of the tribunal, Justice Mosumola Dipeolu, adjourned the matter toAugust 13 for continuation of defence.‎