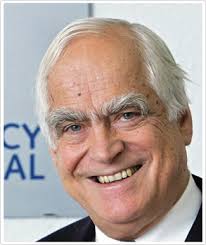 The first Regional Roundtable on Infrastructure Governance was held in Cape Town at the beginning of November. Peter Eigen, founder of Transparency International, who addressed the event, reflects on the vital importance of openness and transparency for successful and sustainable infrastructure projects.

Corruption is nothing new and it’s certainly not unique to Africa. When I worked in the World Bank’s East Africa office back in 1991, it was not just common to see multi-national companies in developed countries pay bribes to secure lucrative projects in Africa, Latin America and Asia, this behaviour was often encouraged by governments.

In Germany, for example, a company found guilty of bribing a German official at home would face severe criminal sanctions. But a bribe to a foreign government was tax deductible as a business expense.

It was disgust at this state of affairs that prompted me to found f Transparency International in 1993. In the nearly 25 years since then, the situation has improved significantly.

Thanks partly to the activism of Transparency International and other civil society organisations (CSOs), many of those same countries that encouraged the paying of bribes and a number of those on the receiving end of such payments have signed international agreements committing themselves to avoiding such practices. Quite a few have enacted legislation outlawing corruption and encouraging transparency.

But as several examples cited at the Cape Town roundtable demonstrated, there’s still much room for improvement. Projects in certain sectors, especially extractive industries like oil and gas, and mining, are highly attractive to corrupt players because of the enormous sums of money involved.

Transparency International has discovered that the most effective approach to tackling this scourge is a joint effort from government, the private sector and CSOs. We refer to this as the Magic Triangle and, from modest beginnings in a handful of countries, this has grown into the Extractive Industry Transparency Initiative which now has 54 countries participating.

The key mechanism for avoiding corruption is as much transparency as possible, particularly with regards to the amounts paid to governments to take on these massive projects. In the initiative’s early days, some felt transparency alone was not enough. But it turned out that transparency enables a deliberative process involving all three elements of the Magic Triangle. This, in turn, creates the raw materials for good governance.

Here, sunlight really is the best disinfectant. It means that when countries like Nigeria, Liberia, and Indonesia put these numbers into the public arena their parliaments knew just how much money the executive branch was collecting.

Transparency International now hopes to apply the same successful model to other industries. A few weeks ago, in Bali, the Fisheries Transparency Initiative was created. Similar initiatives are underway in the garment and construction sectors, the latter of which featured prominently in deliberations at the Cape Town conference.

Of course, the Magic Triangle is not without its limitations, the most significant being that it requires the goodwill and active participation of all three elements: government, private sector and civil society.

There are, alas, still many countries where CSO activists are viewed with suspicion or outright hostility, facing intimidation, imprisonment and even death. In other countries where CSOs face fewer restrictions, key government and private sector stakeholders may be more concerned with pandering to political or shareholder constituencies and their short-term interests than taking a longer-term view for meaningful participation in a Magic Triangle.

On the positive side, many of the sentiments expressed at the roundtable indicate that these attitudes are changing. There was a focus on enhanced standardisation, with number of impressive tools showcased, aimed at assisting state, private sector and CSO actors in promoting the transparency necessary for good infrastructure governance.

Good governance, in turn, helps countries attract quality investors who are knowledgeable, ethical and have financial depth. Trust plays a big role here. The private sector needs to trust that the bidding process is transparent and fair. Government and CSOs need to trust the bidder to deliver good quality, sustainable infrastructure.

The role of data also came out strongly. Undoubtedly evidence-based data is essential for the transparency needed for the deliberative process at the heart of the Magic Triangle.

Nevertheless, tools and data necessary, but not sufficient to guarantee transparency. Without the will to employ them with integrity, even the best tools and data can be manipulated by those bent on subverting the bidding process.

What is needed now is political will. That does not fall from the heavens.

A new paradigm of government is needed that must include a very strong voice of civil society. My hope is that the role of CSOs —which include the media, researchers and labour unions—in holding governments’ feet to the fire becomes stronger.

Civil society’s vision of fairness, sustainability—and transparency— must feed consistently and strongly into the democratic process of nation states. This matters tremendously for infrastructure, which is the backbone of how we power our schools and hospitals, how we get to our jobs and voting stations, and whether we have healthy water to drink. Infrastructure that is lacking, poor quality, or overpriced due to corruption saps our very quality of life.

The Cape Town roundtable capitalized on some momentum that was already building about the proper governance of infrastructure. Now we must kick it into high gear.

Chris Heathcote is the CEO, The Global Infrastructure Hub