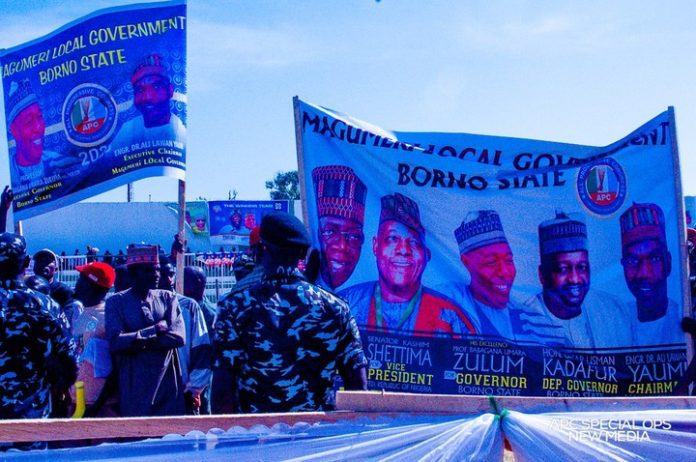 (News Investigators) Over 20 governors elected on the platform of the All Progressives Congress and several other party chieftains arrived at the Jos airport on Tuesday with over 30 private and chartered jets to witness the presidential campaign inauguration of Asiwaju Bola Tinubu and his running mate, Alhaji Kashim Shettima.

Data obtained from aviation authorities showed that the Yakubu Gowon Airport recorded over 95 aircraft arrivals and departures of private and commercial planes which conveyed the APC bigwigs, top government officials, and other Very Important Personalities in and out of the Plateau State capital.

While about 17 private jets and helicopters arrived at the airport for the august political gathering, over 15 regional jets and turboprops also touched down in the aerodrome.