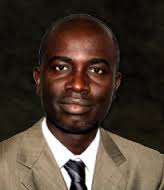 Nigeria is currently engulfed in a major crisis of intergroup relations that is rooted in the politics of economic survival but which is often easily exploited by the elite. The latest theatre of such madness is in the Northwest state of Zamfara where towns and villages are attacked, almost on a daily basis, by armed bandits while the vigilante groups brought in by the helpless communities to help restore order are either being exterminated or are themselves engaging in extra judicial killings. With villages being deserted and a growing resort to self-help in the face of what looks like organised crime, there are serious threats to our national economy and security that many Nigerians are not paying adequate attention to.

The violence in Zamfara State is particularly difficult for “outsiders” to understand, especially when the people many of us had always assumed to be one and the same are now killing one another. That perhaps explains why most of the reportage of the orgy of bloodletting, essentially between the Hausa and Fulani peoples of Zamfara State, is by the foreign media. But the more I probe into the bloody crisis, the more it reveals the complexities of our country and how simplistic some of the assumptions that drive the political agitations in Abuja are.
In a series of attacks that started in 2011 before it exploded in the last one year, no fewer than 48 people were recently killed in one single attack after the marauders entered a village called Kizara before dawn, riding on motorbikes. “There was an attack by armed bandits on Kizara village where 48 residents were killed in apparent targeted killings by cattle rustlers that have been terrorising the state for some time now,” said Alhaji Ibrahim Birnin-Magajia, a Zamfara State government official who spoke to AFP.

An eye witness confirmed that the murderers “later moved house to house, telling residents that they were looking for members of local vigilante (groups) whom they said had been disturbing them.”
To compound the problem is the total neglect by the Zamfara state government to build basic transport and communication infrastructure in the conflict areas; a situation that has made law enforcement and maintenance of security extremely difficult. As a result, the area has virtually become a haven for all manner of hoodlums with the attendant rise in crime rates, characterized by frequent armed robberies, mostly targeted at local wealthy Hausa traders and cattle rustling for which Fulani herders are primary targets.

I understand that the violence actually started late in 2011 in Lingyado village of Dansadau District but it was in 2012 that the situation went out of control when 52 persons, mostly Vigilantes mobilised to protect the community, were killed, assassination style, in Zurmi, sending fears to many of the residents who had to flee with their families and cattle. In 2014, specifically on 7th April, 112 victims of one of such attacks in Yar Galadima village, Maru Local Government, were buried. The state governor, Abdulaziz Yari, who led a delegation to the burial rites promised that the culprits would be apprehended and brought to justice but those were empty words.

According to the residents who claimed more than 200 people were actually killed in that attack, the attackers came on motorcycles at midday, during a meeting of people from the village and other surrounding communities to plot strategies on how to curb the incessant attacks. “They came on motorcycles and opened fire on the people who were gathered at the venue of the meeting, killing many instantly,” a resident, Mohammad Yargaladima, told Channels Television.

I have in the last week spoken to top politicians and civil servants (retired and serving) in Zamfara, Sokoto and Kebbi States and what they tell me about the violence sounds like tales out of horror movies. The bandits in Zamfara operate in such a brazen manner that they now send letters ahead to targeted communities to expect them, with instructions that their would-be-victims keep large sums of money at home. They would state the amount they were coming to collect from each household and woe betides those who are “stupid” enough to default when the bandits visit. These brutal assassins are reputed for killing husbands in the presence of his wife and sometimes they wipe out entire families.

In Kizara village of Tsafe Local Government, the military troops stationed there was recently withdrawn because of lack of feeding allowance and two days after, the bandits attacked, killing more than 50 people. Such is the nature of criminality that it would seem the security agencies have been overwhelmed. For instance, while the military operation is now primarily focused on Dansadau-Mgani axis in Maru local government, the killings in Zurmi-Birnin Magaji-Shinkafi areas have also heightened in recent weeks.

What compounds the problem now is that it has extended to neighbouring states. On 10th August this year, while receiving the newly promoted AIG Zone 10 in Sokoto, Governor Aminu Tambuwal raised alarm over the influx of bandits from Zamfara into his state. He said the people inhabiting local governments in Sokoto that neighbour Zamfara now have their cattle rustle every day. But what is the way out?

The Ahmadu Bello University, Zaria-based Centre for Democratic Development Research and Training (CEDDERT) in collaboration with some development partners recently held a seminar on the farmer/pastoralist conflicts ravaging communities across Kaduna, Katsina and Zamfara States. In his paper at the seminar, the Executive Director of CEDDERT, Dr. Abubakar Siddique Mohammed, popularly called ASM, attributed the recent killings to the ill-advised decision of the Zamfara government to clear the large forest and cattle grazing reserves in a section of the state after which the same plots of land were allocated to senior government officials and politicians.

However, my investigations reveal that this most egregious looting of public resources, by way of converting a Forest Reserve to farmlands and sharing the plots among cronies, started with the former Governor (now Senator) Ahmad Sani Yerima. The policy has resulted in the dislocation of thousands of Fulani hamlets between Dansadau area and Maradun – Zurmi axis. These were said to be communities that had been in existence for over 500 years. The dislocation of these Fulani herders and their livestock was believed to have sparked spontaneous mass movements of human beings and cattle into other neighboring communities and states in the central and southern zones of the country with the attendant consequence in conflicts with farmers being ignited along their flight paths.

While I intend to dig more on this crisis that has serious national security implications, there is no doubt that the failure of the Zamfara state government to take necessary measures has encouraged various local communities to resort to self-help, thus exacerbating the problem. Parallel vigilante groups known as “Yan Banga” and “Yan Sa Kai” have emerged in several villages within the state with their members usurping the role of law enforcement agencies. In recent weeks, members of these two vigilante groups have assumed the sole responsibility of defining, identifying and arresting alleged criminals and executing them without recourse to law courts and other constituted authorities.

Incidentally, on 14th July this year President Muhammadu Buhari personally attended the launching of a military offensive code-named “Operation Harbin Kunama” in Dansadau forest to battle the cow rustlers. Instructively, he wore a military fatigue on that occasion perhaps to send a message but that does not seem to have moved the bandits one bit. As recently as the Sallah day last week, several communities witnessed fresh deadly outbreak of hostilities between the two warring groups – Hausa and Fulani – leading to the death of unspecified number of people in the Dan Gulbi and Magami areas of Dansadau-Maru local governments.
While we must prevent a situation in which the conflict escalates into a more sinister conflagration that may, like the Boko Haram menace, overwhelm the Northwest zone of the country, the crisis is also a reflection of the failure of both the traditional and political authorities in Zamfara. On the political front, almost everybody from Zamfara State that I have spoken with describe Mr. Abdulaziz Abubakar Yari as an absentee governor who hardly spends up to one week within a month in Zamfara. Incidentally, the governor had been away to Saudi Arabia for several days while the killings continued only to return at the weekend to join President Buhari’s team to the United Nations General Assembly in New York. I will enjoin the governor to stay more at home to deal with the challenge facing his people.

However, beyond the government, the traditional authority in Zamfara State should also brace up because there is so much that they can do. In a February 2013 piece titled “The Fulani-Farmers Conflicts in Nasarawa State: The Ecology Population and Politics”, Murtala Adogi Mohammed, after a brilliant analysis of what he described as a “Natural Resources Conflict” recommended the “Yauri Model” which may be worth examining by the authorities in Zamfara State.

According to Mohammed, upon his installation, the Emir of Yauri in Kebbi State, Dr. Muhammad Zayyanu Abdullahi, helped to establish many professional and tribal associations which were then encouraged to elect their chairpersons. “The different chairs elected one representative as member to the Emirate Council. A conflict resolution mechanism was set up at three levels: Low level committee, comprising of village head, Fulani and farmer leaders. They can resolve the issue at their level, mostly by mediation and payment of compensation; Middle level committee, comprising District Head, Sarkin Fulani and branch chair of the Farmers Association. Very few issues pass this level without being resolved. Even if the issue is with the police or court, the committee can achieve an out-of-court settlement.”

If and when these mechanisms fail, according to Mohammed, the matter would then go to the “High level committee, comprising His Royal Highness the Emir of Yauri, the Galadima and other members of the Emirate Council. The verdict here is final and the conflicting parties must adhere to it. Since the establishment of this mechanism, farmers, fisher folk and pastoralists have been living peacefully with one another. The committees are multi-purpose and it resolves all forms of conflict, not just farmer-herder issues.”

Although it may appear to be a crisis localised within a few local government areas in Zamfara State, the killings and displacement of innocent villagers now abandoned to their fate not only have serious security implications, they are a scar on our collective conscience as a nation. 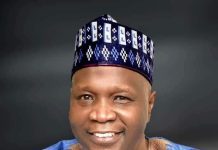