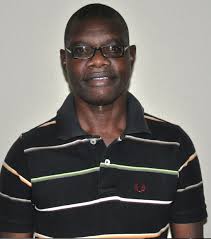 For anyone who truly lays claim to the practise of journalism in Nigeria, this is the time to shield the face from a big shame. It is a season of great disappointment and embarrassment. Not to talk of immeasurable sorrow and unrelieved nausea. This period really induces vomiting. And, boy, does journalism on this space stink!

To be fair, a few honest practitioners have admitted that the quality of practice has indeed taken a steady plunge beyond belief, and this is very worrying.

This is not a misplaced sentiment, especially against the backdrop of the crucial activist role the press has played on two memorable epochs in the evolution of Nigeria. The first is the frontal confrontation with the colonialists in the agitation that eventually culminated in Nigeria’s independence. And the second is the bitter struggle with a string of military dictatorships which gave birth to the democracy that is today being violently bastardized by a reactionary political class. A class that never fought for democracy but relishes its benefits to the point of debasing it.

If anything, you would expect that at this time when the country’s chequered democracy is under serious threat of total annihilation – with impunity at its highest level of maturation and the rule of law in abeyance – the press would once again vigorously mobilise to re-enact that historic duty of halting the drift and pointing the way forward. But no.

Besides one or two online newspapers, the Nigerian press is failing steadily in its effort to retain its place as a staunch fourth power of the estate, surely to the utmost let down of Edmund Burke, the Irish political theorist and statesman who described the press as the fourth estate of the realm.

Many news stories appear on the front and inside pages of newspapers and many materials are broadcast on radio and television that make you wonder whether those managing those outfits are actually journalists. Nigerian newspapers and magazines are routinely packed with stories dripping with appalling grammar and disjointed sentences, and radio and television broadcasters pollute the air in equal measure, including feeding the public with damaging manipulations and poisonous bias. And then again you wonder whether these are journalists. And if the answer is yes, are there editors in these media setups? If there are, you ask what their worth is.

For the Nigerian press, it is sad to say this is one era of unprecedented scandalous decline in practise as demonstrated in the total neglect of the training of its foot soldiers, and an obsessive fascination with the frantic competition for the physical modernisation of the newsrooms. An era swamped by groveling journalists who lack the guts to ask the right questions, and on the rare occasions when they find the courage to ask tough questions that their subjects term to be offensive, my colleagues smile shamelessly, roll on the floor more or less and vomit apologies.

They forget that journalism is not the same as public relations; that they have a duty not to ask patronising but hard questions; that the notion that journalists must not take sides is an irrefutable fallacy; that in the end, being practitioners of a profession whose singular loyalty is to the citizens, journalists must always take sides with the people and ensure power accounts for its deeds, in spite of the constraints placed in their way by media owners.

But a great majority of the journalists do not know this. Yes, they know a few valuable tricks about the trade; they know little or nothing about the profession itself. In fact, more often than not the way it works here is that once somebody becomes an editor in whatever category, reporting for such a person automatically stops. He or she simply sits on a swivel chair behind a massive desk equipped with a desktop computer and swirl around with the authority of the position.

In the face of this flagrant lack of appreciation of the essence of journalism, you will never stop pondering the functions of the association of journalists called the Nigeria Union of Journalists (NUJ), or the smaller, exclusive club of editors christened Nigeria Guild of Editors (NGE), and the regulatory arm of the profession called Nigeria Press Council. It is from these bodies with statutory powers of ensuring the sanctity of journalism that you would, at least, expect a strident expression of outrage at the manner in which the profession is deteriorating. But again, no. Not even a whimper.

Instead of working to rescue the profession from what is undoubtedly an obvious degeneration, NUJ leaders and their counterparts in NGE prefer the company of big politicians, organising courtesy visits to state governors and attending state banquets. Like Nero, they’d rather fiddle while journalism burns.

The fiddling has also made them not to see the grave danger currently facing democracy in Nigeria, so much so that in a country whose major custodian of democracy has been a hitherto watchful press, neither the NUJ nor the NGE has up till this moment voiced its anger at the Ekitigate scandal and demanded an independent investigation into that contemptible assault on the electoral process and barefaced subversion of the will of the people. And whether the Nigerian military would break its insulting silence to explain the role of Brigadier-General Aliyu Momoh in that infamy does not seem to bother the NUJ and NGE. This is disgraceful.

Even if other stakeholders feel no obligation to act in defence of democracy, certainly not these two bodies. Hopefully, they would sooner wake up to the fact that by closing their eyes to identified lapses in journalism practise, they are not only killing the profession, but also unwittingly helping anti-democratic forces to lead Nigeria’s democracy to its grave.

Godwin Onyeacholem is a journalist. He can be reached on gonyeacholem@gmail.com