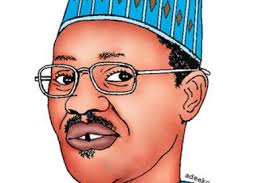 By Hon. Segun Olulade
There exist a large room in the All Progressives Congress (APC) province; the room is large enough to accommodate the hopes and aspirations of Nigerians. It was built solidly with stone-foundation of progressive ideology, good governance, economic well-being, improved social welfare, youth opulence and lasting democracy.

In the room was ‘the other room’ recently created by the goons; the goons who are alien to progressive democracy and will do anything to return the nation to status quo. Alas, a party built on the ideology of progressive politics has started to suffer decline in its internal democracy simply because those goons in the other room of the party are only concerned about power and not welfare of the Nigerian populace.

The sudden revelation by the first lady was an indication that it is no longer a speculation that federal powers are being hijacked from behind by those riding on the back of an overzealous political horse. The first lady meant well for her husband contrary to the wide criticism that followed her openness. A first lady can choose to amass significant powers intoxicating enough to crush her husband’s successes and rubbish the family name. One of the simple ways to achieve that is to sow enough dirty linen, as seen in the recent past; that continues to make her answerable to graft agencies even much after her family has left the villa. In this case, Mrs Aisha Buhari chose the positive path, she chose to invoke her democratic licence to put the nation back on track. What a noble wife and mother!

Mr. President’s recent reconciliatory move in the South West political space is an indication that the first lady was right after all. To assume all is well simply means the evil days are being shifted forward. Mrs Buhari knew that Mr. President is being led to disregard those who truly laboured to help him achieve his long dreaded cause.

Now the matter at stake is not just about Bola Tinubu anymore. The associate goons in the South West who are romancing fellow goons in the North thinking they are working against Asiwaju are not in the immediate picture in this subject matter. The issue is: is President Buhari truly conscious that parts of his evaporated powers in the villa are being condensed elsewhere by the new cabals to procure their own political futures? Is he being fair to the South West block politically? Does he realise that those sowing discord between him and Bola Tinubu are doing so for ulterior motives? What are the implications of all these within the ruling party ahead of 2019 power game.

The salient issue we have to contend with presently is whether it is right to trust the core North politically. Obviously, the northern goons around Mr President, which is equally the PDP arm of our party conducted a coup and hijacked the national assembly; they proceeded to Kogi and Ondo recently to play the trump. They are scheming out all circumstances that will project them at the centre of 2019 in the Villa. To become a President is not a sin, but to sacrifice peace and unity of a nation for such ambition is not only criminal but heinous.

Worrisome to Asiwaju is that the party built on progressive ideology has been infiltrated by the Northern goons with their allies in the South and Buhari seem not to see it in that light. Unfortunately those goons driving Mr President’s political convoy have no electoral values. The ones in the South here cannot win a ward on their own even in spite of all political benefits derived from Bola Tinubu. For the Northern goons, they are sheer arrogant and bereft of political knowledge. It has been predicted that as we get closer to 2019, the in-fight will get more vicious and provocative to the detriment of APC’s survival if care is not taken. Except Mr President wakes up from his slumber, things might go out of hand. Not even enough time is available to deliver on governance to the crying Nigerians let alone breeding kwashiorkor inflicted political kitchen cabinet

Like Troy, if the great wall of APC falls, the actors in the battle will go home with independent victories. The pebbles who are seeking premature glories with betrayals and sycophantic characters will only remain puns in the game. They will never have stories in the historic occurrence. They will never be remembered for anything good in the end.

If we all have to go back home, we will identify with our own hero. In as much as we have believed in the existence of a united Nigeria, that President Buhari is giving room for ethno-political dichotomy is a strong signal that ethnic alliance for political purpose is gradually tearing apart. This must be said because we are progressives. We fight our cause, we are open and honest to the governed, and we attempt to put the nation in the picture for posterity’s sake.

Historically, alliance between in the South West and core North has ended in some form of political back-stabbing. Even though both regions interdepend for political purposes, is it fair that history has continued to repeat itself talking about serial betrayal of common trust? What makes this particularly different is the fact that the most valuable asset President Buhari is bringing to the table is integrity, which won him the choice of the progressives’ adopted candidate in the 2015 general elections. Will Muhammadu Buhari keep to his words? With current posture of neutrality by Baba even in the face of obvious anomaly, can the President deliver political and moral promises? Can the President prove those who are predicting dooms for the progressives wrong? The ball is in Mr President’s court!

Obviously, there is need to restore trust and confidence in the ruling party; and the only one saddled with this responsibility is Mr President. Of course I see no regret in the choice of Baba at the time of alliance for dislodging the PDP. Bola Tinubu must be commended for his foresight, selflessness and the vision of shopping for a man Nigeria needed most at the time. To deliver the promises, the buck then stops at Buhari’s table. No more, no less.

With significant successes recorded in the fight against insurgency and corruption, we like to see Mr President’s magnanimity at allowing best economic brains fix Nigeria’s many economic challenges. That is the most desired want by the populace at the moment. That is what Tinubu is saying. The federal character should also be respected while sharing what belongs to us all. The youth who played critical roles on emergence of change are getting fed up by non-fulfilment of electoral promises. People want to see the change we promised. The young ones whose future is being fixed with Asiwaju’s vision might be taken back 30 years again if Sai Baba would prefer to wine and dine with those who habour sharp knife for onslaught against Buhari himself, when the time comes. The youth want their future guaranteed; they will no longer trust any promises if this progressive vision is messed up.

As for the Yoruba race, it is time to come together and see beyond political differences. Anyone who thinks Asiwaju can be rubbished better have a rethink; rather, it is Yoruba race that is being rubbished with the help of local goons in our midst. Even for once, a Fayose is right to have warned against betrayal to Asiwaju. Other notables like pa Ayo Adesanya, Femi Aribisala who don’t seem to agree with Asiwaju’s political philosophy are clear on this matter with respect to Yoruba race. Several leaders of thoughts have done same. Tinubu is at his peak and fulfilled already. For those extricating the President for a purpose, it won’t take long before the coast gets clear for Nigerians to see. Soon, they will come saturating the political space in the race for 2019. The truce between Baba and his true associates is achievable, only if the President is willing to embrace political balance and shed the goons from the other room of APC’s political chamber.

Olulade is a member of the Lagos State House of Assembly, representing Epe Constituency II