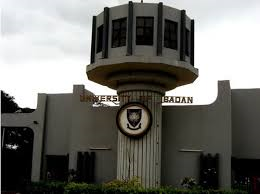 By Dan Garba – The Executive Secretary of the Tertiary Education Trust Fund (TETFUND) Dr. Abdullahi Baffa, has said that the N3bn TETFUND research funds meant as grants to support cutting edge research in the country still remained untapped by scholars.

Baffa said that even then, TETFUND is ready to increase its scholarship support to the nation’s universities to assist them carry out research.

The new TETFUND Executive Secretary who spoke in Yola at the weekend, said the Fund under his leadership would be increasing scholarship support so that scholars across the nation’s universities can be able to access grants that will enable them conduct cutting edge research.

He said “So far we have over N3bn for Academic research that is yet to be accessed. We want to urge University academics to start writing proposals, to start applying so that they can get this monies to carry out research.

Baffa’s comment over the weekend in Yola, came off Professor Andrew Jonathan Nok’s convocation lecture for the 21st and 22nd combined convocation ceremony of the Modibbo Adama University of Technology Yola on the theme: “Academic Culture: Concepts and the Challenge of University ranking”.

Prof. Nok, had observed that for the nation’s university rankings to improve, the productivity of its scholars must be improved.
He  lamented that despite the injection of massive capital into the educational subsector Nigerian universities were still nowhere near the first 500.

He admonished ASUU while making demands for university scholars in the country to receive remuneration of international standards it should also corroborate with the struggle to ensure that the quality of their members is also international.

The TETFUND boss, in his contribution, noted that the FUND has decided it would no longer provide scholarship support to any academician who will not go to a top league university.

He said, “You have to go top league university. Time has passed when you would take N5 million or N40 million to fund your scholarship and you go to a university which is ranked 100 when there are universities which are ranked within the top 10 universities in the world. We are no longer going to do that”