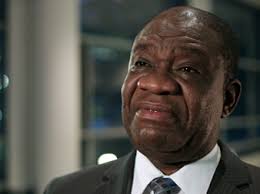 The Transmission Company of Nigeria (TCN) said it planned to inject $8 billion to upgrade its operations to achieve 20,000 megawatts electricity supply in the country.

Executive Director, Mohammed Shaike, disclosed this to members of the Senate Committee on Privatization, led by its Chairman, Senator Olugbenga Obadara during a visit to the company’s regional office in Oshogbo last week in continuation of its oversight visit to privatized enterprises in Osun State.

The Executive Director said that TCN would work jointly with the Infrastructure Concession Regulatory Commission (ICRC) to achieve the target.

He informed the Senators that in its determination to develop the technical manpower of the company, TCN’s Management Contractors-Manitoba International had trained some of the technical staff abroad to acquire technical and strategic skills.

He said that despite the low power generation from the generation companies, plans were on to upgrade the transmission lines to accommodate more voltage to distribute to the distribution companies.

Lawal listed the challenges faced by the company to include; poor office accommodation, lack of safety facilities and lack of training for the technical staff.

Responding, Chairman of the Senate Committee on Privatization, Senator Olugbenga Obadara decried the low level of investment in power generation resulting in unstable and unreliable power supply in the country.

At the Nigeria Machine Tools (NMT) Limited, its Managing Director, Mr. Norbert Chukumah gave a brief history of the company which includes the production of spare parts based on specifications.

He said since privatization in 2007, the company had embarked on massive rehabilitation and upgrade of its facilities to bring it to modern standards.