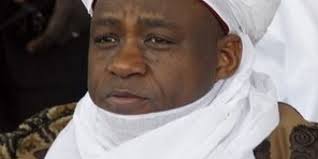 News Investigators/ Sultan of Sokoto Muhammad Sa’ad Abubakar has been commended on his peace building efforts to strengthen the unity of the country without being partisan.

Governor of Sokoto state, Aminu Waziri Tambuwal, gave the commendation on New Year eve while receiving the main report of the stakeholders committee on security set up by sokoto state government and led by the Sultan.

The Governor urged the Sultan not to be distracted or discouraged by detractors, urging him to continue with what he is doing in preaching peace and unity in the country.
Mr Tambuwal also thanked the Sokoto monarch for his support for his administration and for accepting to serve as the chairman of the committee.

He said his choice as the chairman was informed not just by his current role as a spiritual and temporal leader but also a former military officer who served in many capacities covering security matters.

He appealed to citizens in the state to engage in constructive criticism especially on issues of security.

Mr Tambuwal commended the leaders and people in the state for setting aside their political differences and converging August last year to attend the stakeholders security meeting held at Kasarawa Conference Center.

Giving kudos to the security agencies in the state for their synergy and urging them not to relent as the security improves, the governor assured that his administration will implement the Sultan Committee report fully.