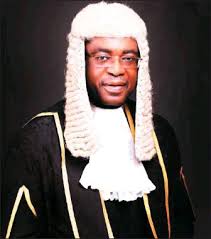 Mr. Tambuwal who paid glowing tribute to late Chief Aguma, regretted that Rivers State and indeed Nigeria has lost a great legal mind, a rare gem who made immeasurable contributions to the advancement of the legal profession and Nigeria’s democracy.

He however urged the family of late Mrs Aguma and the people of Rivers State to be consoled by the fact that he served the state and Nigeria in a very professional way and left a legacy worthy of emulation.

In his response, Mr. Wike thanked Governor Tambuwal for the show of love and sharing in the grief of the Rivers people.

He described his departed Attorney General as a very competent, committed and loyal chief law officer who will be very difficult to replace.

Wike disclosed that the burial rites of late Mr. Aguma will begin on 14th September and end on 15th September, 2018 when he will be buried.