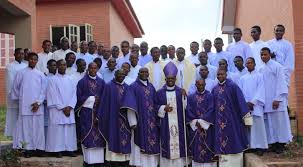 By News Investigators – Barely a week after the funeral of the murdered Catholic Priests and 15 other worshipers in Benue, suspected Fulani herdsmen on Monday launched a fresh attack on a seminary in Jalingo, the Taraba state capital, injuring students and priests.

Two Catholic priests were reportedly beaten, while one was shot in the leg by the suspected herdsmen. 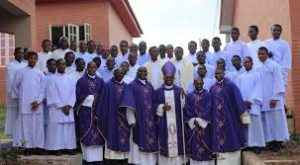 Similarly, “some students were also said to have been injured” while “some cars destroyed.”

There is no official confirmation on the attack.

The Director of Caritas Nigeria, an agency of the Catholic Church, Rev. Fr. Evaristus Bassey, confirmed the incident.

“Please Frs, pray for us. Our minor seminary in Jalingo has just been attacked by the Fulani, some students are injured, some cars destroyed, two priests beaten and one shot on the leg. They are currently receiving treatment at FMC,” Mr. Bassey said in a statement.