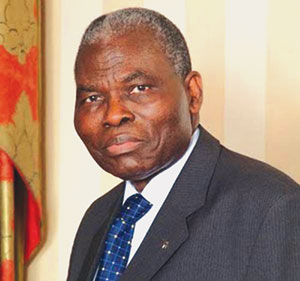 Chairman of the Subsidy Reinvestment and Empowerment Programme, Mr  Christopher Kolade,  has resigned his appointment.

A news report monitored on a private television station in Abuja on Sunday explained that Kolade had earlier intimated President Goodluck Jonathan of his intention to resign by the end of November.

Sources told NewsInvestigators that Kolade’s resignation may not have been unconnected with the allegations of missing fund that has buffeted the sure-p programme.

The accomplished banker and industrialist who had had a distinguished career was said to have been embarrassed by the media reports.

The Subsidy Reinvestment and Empowerment Programme popular called SURE-P has been a subject of controversy in recent time following allegations by Rivers governor that N500billion sure-p fund was missing.

Coordinating minister and minister of finance Dr. Ngozi Okonjo-Iweala dismissed the allegation of missing fund saying the federal contributions to the sure-p fund was N300billion and the balance were contributions from state and local government which was not part of the federal programme. Okonjo-Iweala said the allegation was misleading and untrue.

Kolade, according to the report,  said the N500bn SURE – P fund alleged to have been missing was actually,  intact.