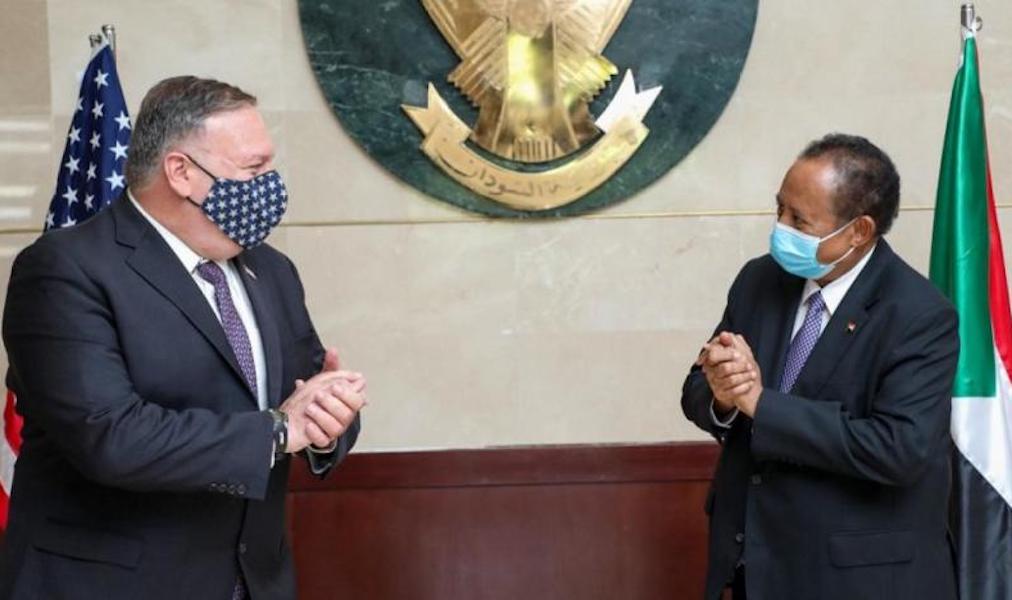 News Investigators/ Sudanese Foreign Minister, Omar al-Din said the removal of his country from the U.S. list of state sponsors of terrorism is unrelated to other issues, including the possible establishment of ties with Israel.

The foreign minister disclosed this at a news conference in Khartoum on Tuesday.

On Monday, President Donald Trump announced that the U.S. would take Sudan off its state sponsors of terrorism list after Khartoum pays 335 million dollars to U.S. terrorism victims and their families.

Along with that, media reports circulated over the internet suggesting that Trump’s announcement came as part of his administration ongoing policy to normalise Israeli ties with the Arab countries, including Sudan.

“The removal of Sudan from the list of state sponsors of terrorism is not related to any other case,” the foreign minister said.

According to Minister of Finance and Economy Hiba Ali, the removal from the U.S. blacklist will pave way for Sudan to cooperate with the U.S. and western organisations to make financial transactions from abroad.

However, the minister said that the lifting of U.S. sanctions would not result in immediate significant changes for the country’s economy.

“Sudan’s removal from the list of states sponsoring terrorism will save 1.7 billion dollars annually if we carry out appropriate measures jointly with international entities and create a suitable environment for investors,” Ali added.

The economy minister has noted that Sudan’s total external debt stands at 60 billion dollars, adding that “around 80 per cent of the amount are payment arrears.’’

Sudan, which sheltered Osama bin Laden for nearly five years at a time when the Al-Qaeda leader was involved in attacks on targets in the U.S., was placed on the U.S. state sponsors of terrorism list in 1993.

Four year later, Washington introduced sanctions against Khartoum that limited the ability of Sudanese banks to work with foreign partners.

A breakthrough in relations between the U.S. and Sudan was achieved in August 2019, as the sides began negotiations on removing the latter from the list of states supporting terrorism.

The improvement was due to the fact that the African nation established the Sovereign Council, officially dissolving the Transitional Military Council (TMC).

The TMC came to power after former President Omar al-Bashir was overthrown in April. (Sputnik/NAN)