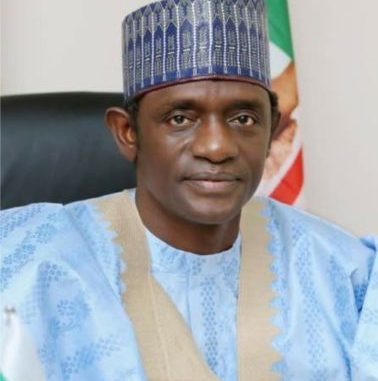 News Investigators/ The All Progressives Congress (APC) on Saturday appealed to #ENDSARS protesters to embrace peace and stop the protest in the interest of the country, since their demands have been met.
APC Chairman Caretaker Committee and Governor of Yobe, Mai Mala-Buni, made the plea in a statement issued on Saturday in Damaturu.
He said the party recognised the inalienable right of citizens to demand for change of any policy that trampled on their liberty and freedom, but such demand should be peaceful and within the ambit of the law.
“ We acknowledge the peaceful commencement of the protest, until it became violent and disorderly as hoodlums regrettably seized the opportunity of the protest and virtually took over.
“It is imperative for the youths to extricate themselves from the activities of criminal elements who have taken over the protest and perpetrating violence, destruction of property and attacking innocent Nigerians,” Mala-Buni said.
The APC chairman said the party also condoled with the families of policemen and other Nigerians who lost their loved ones and property during the carnage, and prayed for God to give them the fortitude to bear the loss.
He said the party welcomed comprehensive reforms including the disbandment of SARS and the review of salaries of Nigerian police, as directed by President Muhammadu Buhari.
Mr. Mala-Buni called on politicians to avoid using the protest to score political points.
“Let us reflect and embrace peace; a time of national tragedy such as this should not be a time for playing politics, it is no time to dance to the gallery to score cheap points, it is a time for introspection and Nigeria first.
“ Let us come together irrespective of our political religious and ethnic differences and rally around the government to build sanity and strengthen peace an unity to ensure corporate existence of our country.
“ As a party we will take every step to support the government to bring this unwholesome situation to an immediate end and make sure that all those found culpable face the wrath of the law.
“ It is the desire of all Nigerians that a peaceful atmosphere returns to the country for the good of our country men; we have no other country than Nigeria”, Mr. Mala-Buni said.