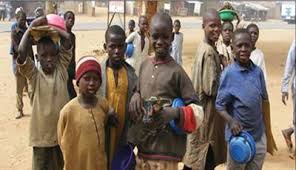 News Investigators/ A University professor, Steve Nwokeocha says lack of attention by states governments to help about 10 million out-of-school children back to school is worrisome.

Mr Nwokeocha who works at the Sociology of Education Department, University of Calabar expressed worry in an interview with the News Agency of Nigeria (NAN) in Abuja.

The varsity don who is also the Executive Director, Africa Federation of Teaching Regulatory Authorities (AFTRA) Centurion, South Africa and Abuja, Nigeria, said it was unrealistic for the Federal Government alone to find lasting solution to the problem, adding that it required collaborative efforts.

According to him, if states paid as much attention to education as they paid to politics, there will be drastic reduction in the number of out-of-school children in the country.

The academic, who decried that having such a huge number of Nigeria’s population out of school was a time bomb, called for urgent attention by all and sundry to solve the problem.

“At the basic education level, inclusion is still a serious concern as long as more than 10 million children are still out of school.

“Unfortunately, the Federal Government alone cannot sufficiently address this problem. It requires action by the 36 states of the Federation and FCT.

“They need to realise that Nigeria being the world’s capital of out-of-school children calls for a state of emergency in basic education.

“Unfortunately, the states have not shown sufficient concern about the out-of-school children problem,” he said.

While attesting to the fact that a few states were making effort in that direction, Nwokeocha pointed out that the problem could not be adequately addressed by one or two states in isolation.

The Federal Government had continued to pledge its commitment to getting substantial number of children back to school.

The Permanent Secretary, Ministry of Education, Sonny Echono had in an interview with NAN, assured that that all was being done to get children back to school in spite of setbacks occasioned by COVID-19 Pandemic and recent security concerns.

Meanwhile, UNICEF on its website, https://www.unicef.org/nigeria/education, said about “10.5 million of the country’s children aged five-14 years are not in school.

“Only 61 per cent of 6-11 years old regularly attend primary schools and only 35.6 per cent of children aged 36-59 months receive early childhood education.’’ (NAN)