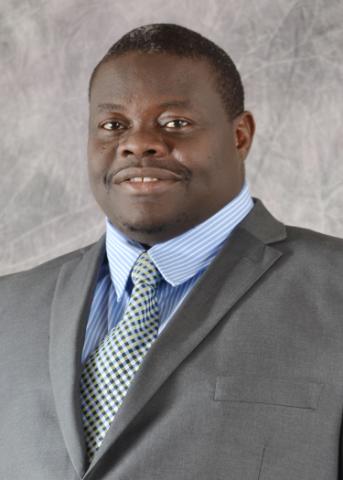 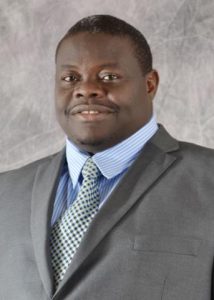 I have followed the unfolding but unfortunate drama in state of Osun schools over the Rulings of a Court on the right of school children to wear the hijab as prescribed by the Holy book with amusement but recently, I have begun to feel alarmed because the issue is seriously being politicised thus may become poisonous to the people and Government of the State. It is therefore important that responsible stakeholders in the affairs of the state ought to lend their voice to shed light on the pervading darkness and remove the toxins that may hold the state captive if not engaged.

The issues are still very clear but like most things we do in Nigeria, we take it out of context, politicise it and complicate it in order to score some very cheap point. Most of the time, we are not mindful of the danger we may be putting our nation into as a result of such self-driven agenda. That a group of students were resisted by a school authority from wearing hijab to school and as a people who are sticklers to the supremacy of the law, they approached the courts for redress over the perceived trampling by the authorities on their natural rights.

Fortunately as it turns out the Courts in their wisdom against the position of the Government as represented by the school authority recognised the rights of these children and went ahead to rule that they have the fundamental right to wear the hijab to classes being part of their education as growing children. This was really against the wishes of the Government at this particular point in time as adequately represented by state authorities at that level of governance.

Now this was the situation. The Government of the State especially the Executive arm did not make that ruling neither did it impose the hijab on the schools. The Courts did. Whether right or wrong, I had expected the resultant to be blamed on the Courts but in this case, some mischief makers are leading an outcry against the Governor who I believe never had any hands in such matters. Perhaps, this may not have been the case had the Governor been of another faith from the beneficiaries of the Court’s ruling. This is definitely wrong and need to be understood as such.

What has happened in this case is that the Governor with his eyes on the Rule of Law and in keeping with his avowals to protect the constitution to govern without fear or favour has allowed himself to be led by the pronouncement of the courts. I do not understand whether some of the opponents of the Governor would want the Governor to disobey Judicial pronouncements or resort to dictatorship so as to satisfy their own desires and expectations? We believe that as a true democrat, the Governor has demonstrated a high sense of submission to the dictates and essence of the Rule of Law. He ought to be deeply appreciated by all and not disparaged as some self-seeking unpatriotic opportunists have tended to do in this regard.

If suddenly, those that were not in any way desirous or had the intention of wearing any of their religious habits suddenly decided to so wear then, it will not be wrong and difficult to allude mischief to such actions. Other faiths in the state prior to the ruling of the Courts never exercised any intention of wearing their habits to school and were denied. It was only the students that wanted to wear the hijab and rightly went to seek judicial protection.

It should be noted that while the hijab is an everyday compulsory wear for the girl child, these other religious garbs such as the choir gowns, the Nunnery dresses are for special occasions especially when the students in the schools are not Nuns. Common sense and good reason requires that we allow the hijab demanding students to wear it while the other faiths who never made such demands should have kept their peace. Or, are we saying that the schools are conducting choir presentations on daily basis that would warrant the wearing of such choir gowns to school?

What we have here is that some individuals seeking to score cheap political point and create some advantage for themselves have decided to persuade otherwise good and peaceful people of other faiths to create confusion so as to give the impression of disenchantment amongst the people against the Government. It also had the intention of portraying the state government as religiously biased and insensitive in favour of one faith which is completely far from the truth.

The whole argument becomes more intriguing when we note that Iwo the town at the centre of this melee is predominantly Muslim. One wonders why such predominance will not even be demonstrated at least at the level of equal access and freedom to good and quality education. They have not asked that others should not come to school but have asked that their rights to the hijab be respected. Some parents have been known to deny their girl-children education on this singular excuse that they are not allowed to observe their religious beliefs. We must protect the girl child and champion her education and I strongly believe that this must have also weighed heavily in the mind of the Governor. All of us I am sure must be concerned about this too and refrain from this furore.

His Excellency OgbeniRaufAregbesola the Executive Governor of the State whom I have come to admire does not in any way hold any grudges against any religion. He is a liberal that is committed to allowing every citizen to freely express his or her religious beliefs without let or hindrance. Perhaps, that may have been his perceived sin – the avowal to ensure that all citizens are free to hold and practice their religion in the state. He does not want one religion to hold dominant position over any other and wants the expression of equality to permeate all strata of the state again, that may also be his sin.

It should also be noted that against the misinformation that the agitation for hijab use in public schools started with OGBENI, the truth is that this agitation predated his assumption of office. Muslims have been vigorously agitating for the use of hijab since the advent of western education in the region. All administrations in the west from Obafemi Awolowo to others who succeeded him have contended with this demand. As a matter of fact the 2004 guideline on education that formed the basis of the litigation was the product of a protracted agitation by Muslims in the State, in that year. Those limiting hijab struggle to OGBENI’S tenure are being economical with the truth.

It has become therefore important that those stoking the fire of confusion in Osun Schools should be told to sheath their swords. The people of Osun and infact the state itself is important and that should guide their actions and pronouncements. There is no meaningful teaching activity that would take place under such charged atmosphere. There is therefore no meaningful learning that would occur within such chaos. I still wonder what the impact of this will be on the performance of the students especially in this year’s School certificate exams both at the Junior and Senior levels.

I urge the Governor to continue standing by the law and not allow the pressures push him into truncating the rulings of the Courts. However, the need for a multi-stakeholder meeting to be called to look into the issues and forge an accommodating path is also central and critical at this time. Osun has men and women of great repute including being the seat of the highest traditional stool in Yoruba land and one of the highest in the Country. This should be turned into advantage in this situation. It is definitely not beyond what could be resolved internally within the state.

The future of the children of Osun State should not be turned into platforms for the negotiation of political power. They should not be made pawns in the political chessboard of Nigerian politicians especially those in  state of Osun. It will not only be morally abhorrent but will also amount to committing infanticide as allowing this to continue will definitely destroy the future of the state’s children.

Paradoxically, majority of those fighting this war do not have their children studying in state of Osun talk less studying in its public schools and that explains why they do not give a hoot to the consequences of their actions in the lives of Osun children. Let the lives and future of the children in the state count and let the gladiators cease today for the sake of the children. That should be the major consideration within the ambits of sticking to the ambits of the Rule of Law. The Governor cannot disobey the law and those who seek a different action from the Governor must also avail themselves of the opportunities available in the Law to upturn the judgment. It is only when there is a counter judgment and the Governor behaves otherwise that we can then accuse the Governor of wrong doing.

For now, his Excellency the Governor has stood on the side of the people and the Law. He truly deserves our commendation!