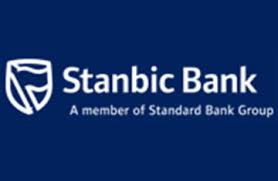 The Financial Reporting Council of Nigeria (FRCN) has commenced investigation into an alleged illegal transactions undertaken by the Stanbic IBTC Bank Plc with its foreign technical partners in the last four years, even as the National Office for Technology Acquisition and Promotion (NOTAP), the approving agency, denied knowledge of the transactions.

The Executive Secretary and Chief Executive Officer of FRCN, Jim Obazee disclosed this during a meeting with Director General of NOTAP, Dan-Azumi Ibrahim, in Abuja on Wednesday.

According to Obazee, the investigation was as a result of various petitions by shareholders of the bank.

“The petition from the stakeholders of Stanbic IBTC is on issues relating to Stanbic IBTC and the way they have been accruing some monies in their account.

“The petitions are drawing the attention of regulatory authorities about some unapproved transactions conducted by the bank with its foreign technical partners”, he said.

The financial accounting law requires that such foreign accruals into Stanbic IBTC account be disclosed to the Council.

“It is required that such must be disclosed properly and they (Stanbic IBTC) require NOTAP approvals before they can make those payments. Now the person petitioning is saying that there is no need making those accruals because IBTC have not being able to secure NOTAP approval.

He said it became necessary for the Council to meet with agencies like NOTAP, Central Bank of Nigeria (CBN) and Security and Exchange Commission (SEC) Stanbic IBTC was “asking for general mandate for the treatment of third party transactions which we were against because that will not be line with related party transactions accounting standards”.

He said the Council visited NOTAP to “find out if NOTAP approved any of these payments, such as historical fees, transactions from 2011 to date. If they did not get approval for 2011 fees, did not get for 2012,2013, 2014. So why are they keeping these monies”.
Obazee said the Council would also like to know if it was reported correctly in the financial statement or not.

“Otherwise they will be subjected to the FRCN disciplinary procedure. We can even ask them to withdraw the financial statement and reissue it,” he added.

“We regulate the inflow of foreign technology into the country and at the same time develop local technology. NOTAP is expected to register Stanbic IBTC with its foreign partner and we have a guideline on how we do our registration. We are guided by the forex manual of the CBN,” Ibrahim said.

Noting that it would be wrong for Stanbic IBTC to have flouted the guidelines on such transaction.