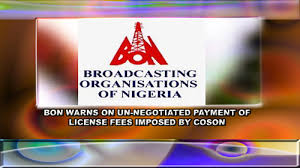 By Nuel Suji – Stakeholders in the broadcast industry have opposed illegal plans by foreign companies to take over the DDT airspace. 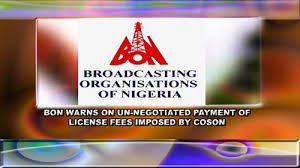 They hinged their argument on the 2012 white paper on the digital switchover in television broadcasting which prohibits existing broadcasters from signal carriage.
A Chinese company and a cable television network owned by South Africa-based company but using a Nigerian company, Details Nigeria as a subterfuge, are allegedly making moves to subvert the policy of the Federal Government by seeking to obtain approval to carry their own digital terrestrial content directly to the customer in contravention of the clear and unambiguous policy of the Nigerian government.
The federal government of Nigeria had, prior to this surreptitious move by the two foreign companies, licensed two signal carriers, namely Integrated Television Services, carved out of NTA and Pinnacle Communications Limited that have since commenced business.
Going by the persistent problems of xenophobia encountered by Nigerians doing business in these two countries, stakeholders who include private radio and television owners, digital subscribers and advertisers are peeved that these entities should neither be allowed to continue to operate nor try to illegally enter the DTT airspace.
Findings reveal that these companies have employed unscrupulous means to attempt to entrench themselves in subversion of the policy of government.
What Integrated Television Services and Pinnacle Communications Limited have going for them is that the government of President Mohammadu Buhari and its change agenda have made significant progress in blocking the loopholes and stopping the illegalities and impunities such that the antics of these foreign entities are being checkmated. They are now finding it difficult to get government officials to do their bidding of sidetracking and subverting government policies and accepting payments in bribes.
Those spoken to, said they find it funny how foreigners try to break our laws with impunity, something they would frown at in their respective countries.
A Nigerian private broadcast operator, who did not want his name in print, applauded the renewed character of Nigerian officials who refused to be swayed by monetary inducements. He said this would augur well for the development of the broadcast industry viz-a-viz the launch of the digital broadcast system.
Olubisi Oludamiro, a subscriber who has been enjoying the switchover from analogue to digital broadcast, admonished the government officials to continue in this patriotic zeal and give effect to the intention of the Federal Government which is clear and unambiguous from the laws and policies that have been enacted by the National Assembly and the federal government respectively.
She also advised the Minister of Information and Culture, the director-general, National Broadcasting Commission (NBC), the executive vice chairman, Nigerian Communications Commission (NCC), the director-general, Nigerian Television Authority (NTA) and all MDAs to be vigilant to the antics of these foreign entities who have nothing but selfish interest in Nigeria. She added that this becomes more imperative given that two wholly owned indigenous companies have been licensed and these foreign companies have not been licensed but are appendages to the licensees as content providers just like all other broadcasters under the umbrella of the Broadcasting Organizations of Nigeria (BON).