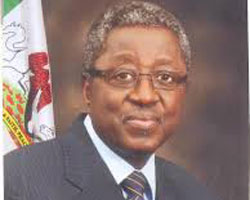 Spokesperson of STF, Capt. Salisu Mustapha, who confirmed the recovery of nine dead bodies, seven charred bodies and five injured persons, said that the injured persons have been taken to Vom Christian Hospital.

Captain Mustapha in a statement said, normalcy has returned to the area, adding that the STF personnel are on patrol in the area to contain any further situation that may occur.

The statement read, “the STF Commander, Maj.-Gen. David Enetie, accompanied by the Interim Administrator of Riyom Local Government were at the scene for on-the-spot assessment.”

The STF called on the public to disregard conflicting reports on the casualty figures, assuring the public that the perpetrators would be brought to justice.

The Commissioner of Police in Plateau, Mr Chris Olakpe, at a press briefing in Jos, said nine dead bodies were recovered from the scene while seven others were burnt beyond recognition.

According to Olakpe, “the figure we have at the police level is nine persons dead bodies that have been collected and deposited in mortuary; seven other bodies charred beyond recognition that have also been packaged for burial, he said, adding that about 20 houses were burnt during the attack.

The Police Commissioner however said that , but for the quick intervention of the combined efforts of the police and STF who repelled the attack, it would have been more devastating.

He said the state command was collaborating with the Kaduna State Police Command to arrest the attackers, adding, that the command was devising new strategies to check the spate of attacks in rural communities in Plateau.

“We are going to take some strategic actions to ensure that more movement of the policemen to the hinterland will be effected as early as possible. We are going to bring out new partnership with traditional rulers in particular, so that they will be part and parcel of the security apparatus,” he added.

“So, we can talk with them and whenever they see people who come into their communities, they will be able to tell us who those characters are. We are going to partner more deeply with the traditional rulers and the youth of the communities so that we will be able to fish out the miscreants,” Olakpe added.

He appealed to members of the public to report to security agents any suspicious characters within their communities.