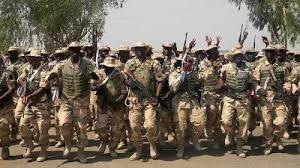 By Nuel Suji – Southern Nigerians indigenes in the United Kingdom has condemned recent military deployment in South Eastern part of the country, describing it as unconstitutional. 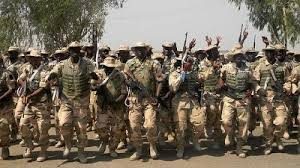 The group which is a coalition of various South-East, South-West, and South-South groups and professionals in the United Kingdom advised the Federal government to desist from the reprehensive act because the country is not at war.

The group, in a statement signed by Felix Adejumo, Tochukwu Ezeoke and Charles Omoregie after an emergency meeting in London, UK said it is a waste of tax payer’s money for the Nigeria Army to be engaging in the duties of the Nigerian Police and other security agencies.

The statement reads in part, “the conditions that allows for the deployment of the army in any part of the country as provided for in Section 217 (2)(c) of Nigeria’s 1999 Constitution has not arisen. Therefore, the Nigerian Army has no business getting involved in the traditional duties of the Nigeria Police.

“We, therefore, advise the Federal government to desist from this reprehensible act as Nigeria is not at war with itself or anyone as the circumstances provided for deployment of the Army has not arisen.

“Using the Nigerian Army to repel what appears to be a legitimate agitation by the people of the South-East region demanding for a referendum, a legitimate right of any people is deplorable.

“This act of military deployment by the Nigeria government amounts to aggression in the absence of any breakdown of law and order.”

“It is a waste of tax payer’s money for the Nigeria Army to be engaging in the duties of the Nigerian Police and other security agencies.

The Nigeria Round Table, United Kingdom also declared their support for the Ibadan Declaration by the South-west Nigeria; and described it as the way to go in sustaining peace, equity, security and development in Nigeria.

The group also indicated interest in partnering with the organisers to ensure that Nigeria is restructured to benefit all her citizens.