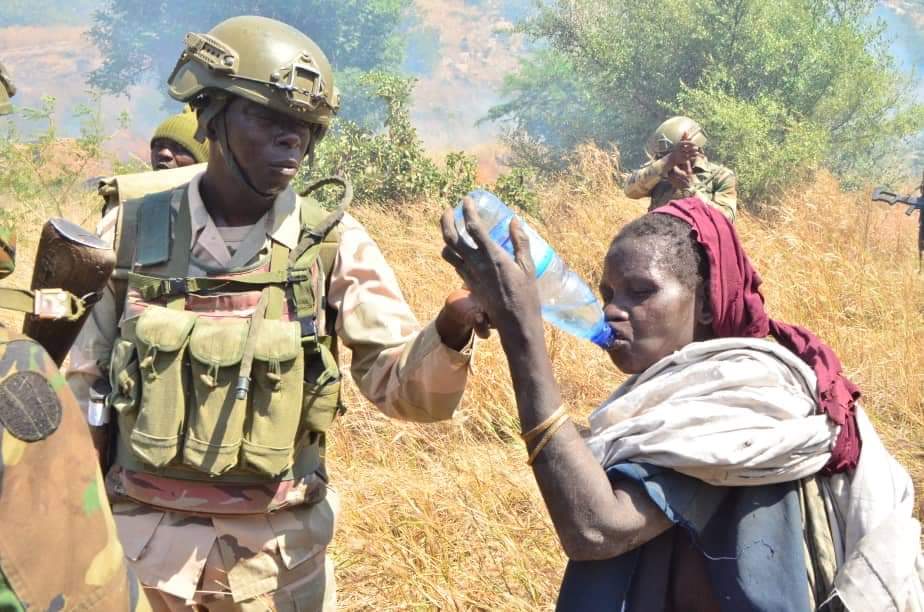 Mr. Masari made this known while addressing some of the rescued victims at the Government House, Katsina.
“This is in continuation of the exercise that started with the recovery of the 344 students of Government Science Secondary School, Kankara.
“We saw an opening and we are working with some stakeholders to make sure that we exploit the opening and bring back as many kidnapped victims as we can.
“We have so far returned 103 of the kidnapped victims and the process is still ongoing. We are doing this as quietly as we can, to make sure that nobody is harmed and further kidnapping is stopped.
“So, we are doing this with the army, the police, Air Force and the Department of State Security.
”I can assure you that no ransom was paid to the kidnappers,” he said.
Mr. Masari urged the victims to consider the incident as something from the Almighty Allah.
“You have seen how you were rescued. No ransom was paid. This should show that prayer is effective, be patient, may Allah reward you for the difficulties you have gone through,” he said.
Some of the rescued victims were nursing mothers and girls aged from six to 16.
A 70-year-old man, as well as, a soldier and an Anti-Riot Policeman were among those rescued.