The Minister of Communications, Adebayo Shittu has said that the ministry is ready to collaborate with the Nigerian Army on Information Communications Technology (ICT). 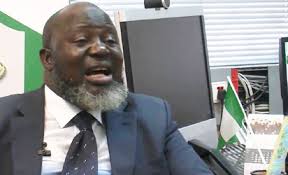 The Minister said this when he visited the Chief of Army Staff (COAS) Lt. Gen. Tukur Buratai, in the Defense Headquarters, Abuja.

Mr. Shittu recalled the earlier visit by the COAS to his office where the collaboration was first initiated, adding that it is appropriate to reciprocate the visit in order to further strengthen the collaboration.

The Minister, in a statement by Director of Media, Pauline Sule said the Ministry is set for the collaboration and all the agencies under the Ministry would be engaged to help in deploy technology in all aspect of the Military activities and operations where necessary.

He commended the achievements made so far under the leadership of the COAS in fighting Boko Haram and other miscreant groups; he however, encouraged him to do more so as to completely wipe out terrorism in the country.

The Minister suggested that the COAS should consider establishing a strong ICT department in the Nigerian Army and Military Academy, assuring him of necessary support to complement his effort in fighting crime and terrorism, stating that war cannot be fought with arms alone but with technology as well.

The Chief of Army Staff, Lt Gen. Tukur Buratai thanked the Minister for finding time out of his tight schedule to reciprocate the visit. He commended the Minister for the good job he is doing in reforming the telecom industry and using ICT to add to the growth of the GDP.

Lt Gen Buratai added that, the role of ICT is key to military operations and also the use of cyber space where today one can fight war or battle right from ones office, stating that this cannot be achieved without the support of the Ministry, hence the collaboration.